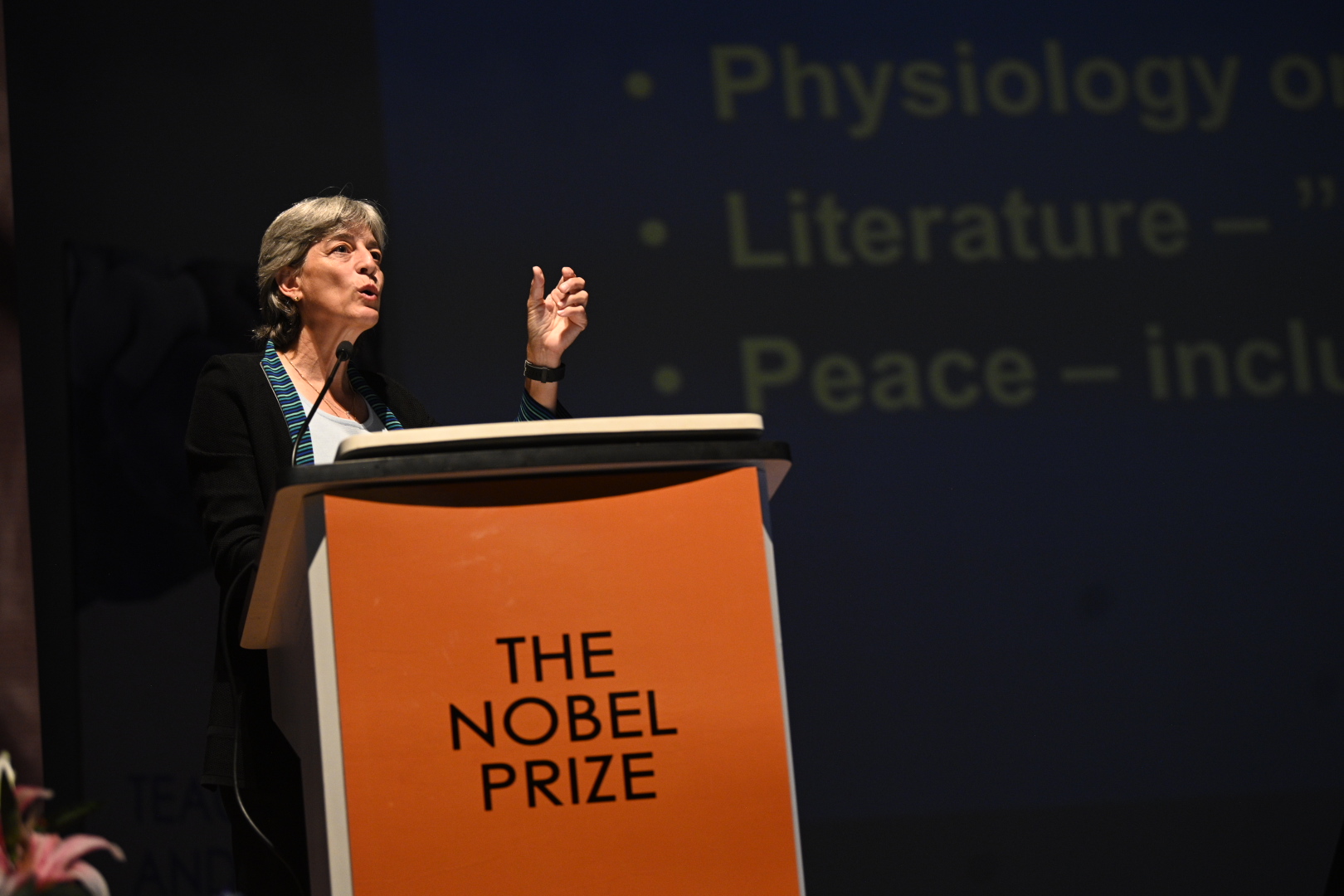 Serge Haroche visited Ludhiana accompanied by Juleen Zierath, professor of clinical integrative physiology and a member of the Nobel Committee at Karolinska lnstitutet in Sweden. They both gave lectures and took part in round table discussions with students and researchers. Serge Haroche spoke about how basic and applied science nurture each other and Juleen Zierath shared her reflections on how the work of selecting the Nobel Laureates is being conducted.

“The Nobel Prize Series inspires people to seek knowledge, ask questions and contribute to improving the world. By sharing achievements and stories of Nobel Laureates with a global audience, the programme encourages engagement in science, literature and peace in line with Alfred Nobel’s vision,” states Laura Sprechmann, CEO of Nobel Media.

“PAU is an institution that has revolutionised agriculture and food security in India. The scholars, teachers and scientists participating in the Nobel Prize Series are at the forefront of India\'s research efforts on agriculture, water and climate action. I\'m positive that this multi-disciplinary dialogue will bolster their efforts further,” states Dr. Renu Swarup, Secretary, Department of Biotechnology.

“The Nobel Prize Series 2019 events at NABI, Mohali and PAU, Ludhiana, offer a unique opportunity to students, scholars and scientists in the region to listen to and interact with the Nobel laureates. The inspirational spark such events generate would motivate our youth to achieve excellence in science. We are thankful to Department of Biotechnology, Govt of India and Punjab Govt for supporting this special event,” states Dr BS Dhillon, Vice Chancellor, Punjab Agricultural University.

The Nobel Prize Series India
The Nobel Prize Series is a multi-disciplinary forum featuring an exhibition, seminar, lectures, roundtables and other interactive dialogue. This year the series will be conducted at the National Agri-Food Biotechnology Institute and Punjab Agricultural University in Punjab in addition to Delhi from 11 – 13 September. The theme for this year’s programme is teaching and learning. Education is the fundamental pillar of stable democracies, human well-being and sustainable societies. It’s through teaching and learning that citizens become actively
engaged in the quest for understanding ourselves and our universe.

The Nobel Prize Series India 2019 is organized by Nobel Media in cooperation with Department of Biotechnology (DBT), Ministry of Science and Technology and the Government of Punjab with the kind support of Nobel International Partners 3M, ABB, Ericsson, Scania and Volvo Cars. Supporting partner is the Mehta Family Foundation. Supporting host institutions in India are National Agri-Food Biotechnology Institute (NABI) and Punjab Agricultural University.

Buy 100% high-quality replica watches with a 2-year warranty and free ground shipping!
Online assignment help by Copycrafter will free you from any academic issues
Hire an expert to write a paper for you at writers per hour.
There is no better press release writing company as 123 term papers.