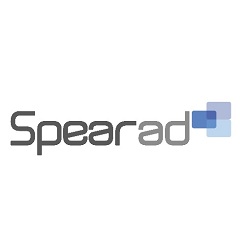 The company is driven by industry veterans Erhard Neumann, Mark Thielen and Ivan Guzenko, who are digital advertising and technology pioneers with extensive experience in running high scale mission critical ad management systems. While Neumann and Thielen co-founded ADTECH AG, which was later acquired by AOL to become its core adserver, Guzenko is a pioneer in the programmatic field having run Smartyads, Inc. for over 7 years.

Advertising revenue is key to broadcasters. TV advertising will shift towards targeted and data driven models, which is already the case on Pay TV and OTT, and now traditional broadcasters are looking to add addressable to their product offering. In addition to this, more and more Advertisers are moving away from purely reach driven TV advertising to addressable, which enables advertisers to target their ideal audience.

Spearad CEO Erhard Neumann: „While the industry is in its growth phase with the number of addressable TV offerings exploding, advertising is still treated like Internet video ads. We need to get past that simple Preroll / Postroll thinking towards real adbreaks consisting of several spots that are based on extensive rule sets. Just like we are used to from linear TV".

Spearad GmbH runs a multi format platform for Addressable TV advertisements. Our platform helps media owners to monetize content for all available screens. Spearad changes the way advertising is sold, delivered and measured in the new era of Personally-targeted and IP based TV and Audio. Our technology allows all media players in the television, OTT/Vod and Audio business to fully benefit from the advantages of digital advertising while still maintaining the specifics of audio and television.

Spearad is present in Germany, UK and United states.