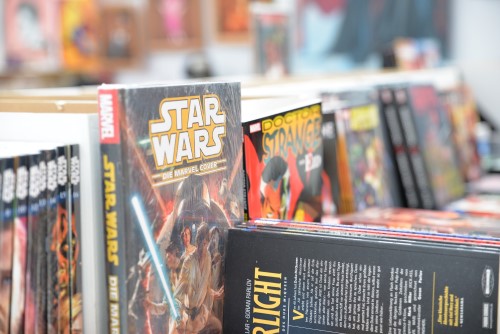 
Wizard World is proud to team with Positive Tomorrows to help homeless families to educate their children and create pathways to success. Wizard World is asking fans to bring child-appropriate graphic novels, comics, science fiction books, or any other similar reading materials to Wizard World Tulsa, September 6-8 at Renaissance Hotel & Convention Center Center and leave them in a specially marked donation receptacle near the Special Guest Registration desk.

As a thank you, fans who donate two or more items to Positive Tomorrows during Wizard World Tulsa will receive a free pre-autographed celebrity photo from a selection of previous Wizard World guests. These photographs are available to fans on a first-come, first-served basis while supply lasts, one per family donation per day, at the full discretion of Wizard World.

Fans can learn more about Positive Tomorrows at https://www.positivetomorrows.org/.

The event marks Wizard World’s sixth consecutive year in the state of Oklahoma and first at the Renaissance. The Cox Business Center in Tulsa served as the venue in 2014 through 2016 and in 2018, while the Cox Convention Center in Oklahoma City hosted the convention in 2017.

Wizard World Tulsa is also the place for cosplay, with fans young and old showing off their best costumes throughout the event. Fans dressed as every imaginable character – and some never before dreamed – will roam the convention floor and participate in the famed Wizard World Costume Contest on Saturday evening.

For more on the 2019 Wizard World Tulsa, visit http://wizd.me/TulsaPR.

On-demand assignment help - find an assignment experts in 3 steps.
There is no better press release writing company as 123 term papers.
Online assignment help by Copycrafter will free you from any academic issues