40-yr-old woman gets a new lease of life at Max Hospital, Shalimar Bagh through Organ Donation 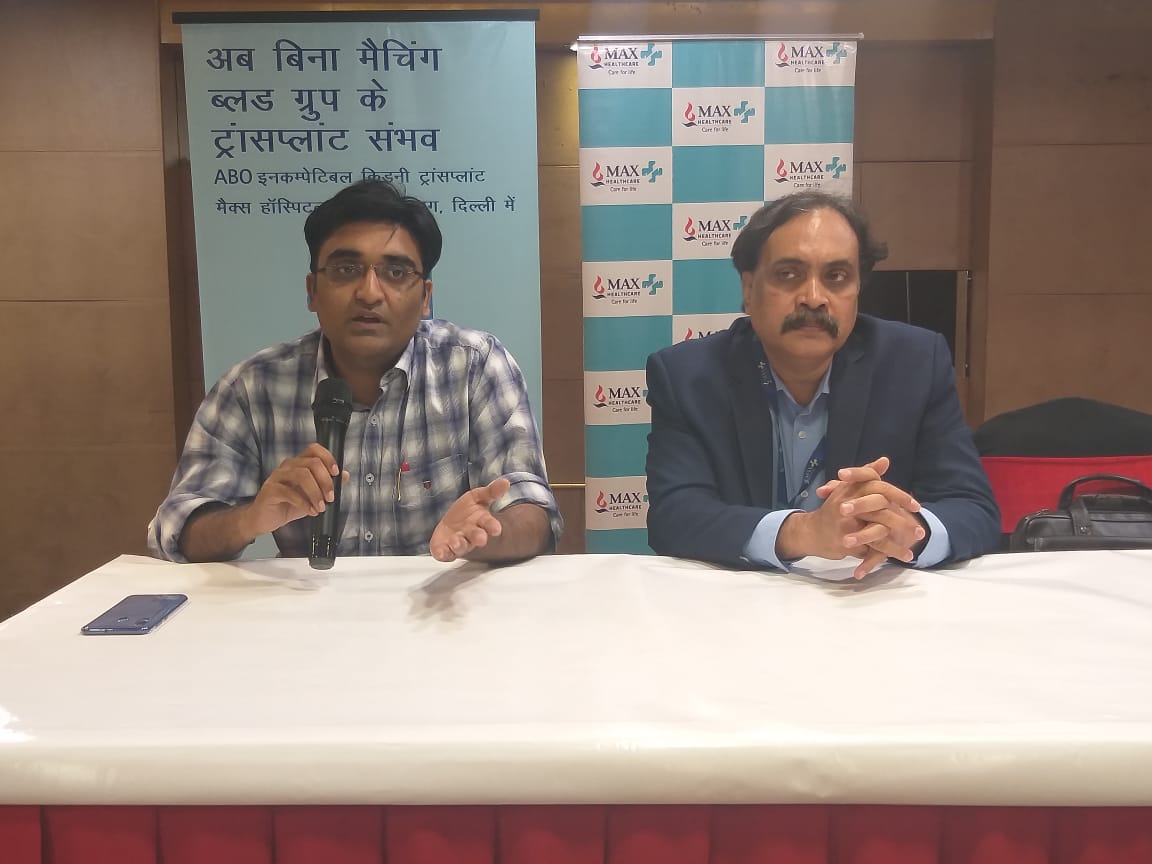 While Max Hospital, Shalimar Bagh was looking for a donor for Ms. Meenakshi, a patient of 45 Years/male, who was declared brain dead on 16/02/2017, the family was counselled about the possibility of Organ Donation and saving several lives. The family, in an extraordinary gesture of compassion and generosity decided to donate organs of corneas, Kidneys & Liver and the donation not only gave lease of life to Ms. Kamboj, but also saved 5 other lives.

Organ donation remains an issue especially in Northern India, plagued with multiple perspectives and myths, and there is dire shortage of donors. This noble act by the donor’s family, helped Max Healthcare and some other hospitals save 6 lives.

Ms. Kamboj’s life took a devastating turn when her first kidney transplant done on 1999, failed in 2014 and she had to undergo dialysis procedure in 2015. After the first kidney transplant failure, where the donor was her mother, she lost all her hopes of life as she didn’t have any other suitable donor in her family. She registered herself with Max Shalimar Bagh for Cadaver Transplantation on 16th January, 2016.

Speaking on the organ donation happened at Max Shalimar Bagh, Dr Waheed Zaman, Principal Consultant, Urology & Renal Transplantation, Max Super Speciality Hospital, Shalimar Bagh, shared, “After the case of Cadaver donor, came to us and was declared brain dead, the final process of organ donation was initiated by the hospital honouring the family’s wishes as our focus and all protocols were followed to maintain saturation for the donor alongside. And, after complete diagnosis, the patient’s kidneys were the best suitable for Ms. Kamboj’s transplant. Ms. Meenakshi was not only suffering from stage 4 chronic kidney disease but also accompanied with hypertension, anaemia and ESRD. Hence, thorough evaluation was done including cardiac evaluation, blood tests including HLA cross match with the cadaver donor which was negative. Treatment was started with IV fluids, IV antibiotics and other supportive medication and haemodialysis was done. She was taken for cadaver transplant surgery after anaesthesia clearance and the kidney transplantation was done within an hour of harvesting. Patient responded well to the given treatment and was discharged in stable condition with follow up advice. Presently patient is doing well for since more than two years of transplant, and has started her routine life.”

Also, part of the team, Dr Rajat Arora, Consultant, Urology, Max Super Speciality Hospital, Shalimar Bagh, also added, “Medical advances in the field of transplant immunology, surgical management and donor maintenance have made the transplantation of vital organs possible and effective from deceased donors. We still have a long way to travel but at least, such donations set forth a good example for the society. We would like to laud the heroic act of all our donors from the past as well as thankful to Donor’s family for being able to take such a bold decision despite their irreparable loss.”