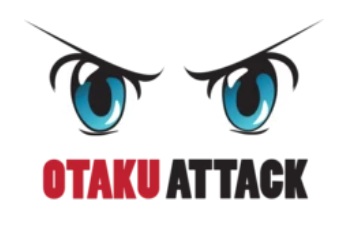 
Popular clothing line designed in Japan with new collections that celebrate pride in being an Otaku geek!

Otaku Attack has recently launched a new anime streetwear clothing collection. Otaku Attack’s message is to take pride in your anime and geek culture fandom and express it to the world! Otaku Attack’s launch apparel collection will feature t-shirts and hoodies with designs inspired by Japanese popular culture, often with a fun twist.

The word Anime (???) in Japanese simply means any type of animated movie or television show. However, in the rest of the world, the word has become identified with the unique Japanese artistic and storytelling style. In the US and Asia, Anime has enjoyed ever-increasing popularity and has also continued to have a huge fan base in its home country, Japan.

As Anime has grown in popularity throughout the years, many movies and shows have become geek culture staples. Its fan base has grown to boast a wide range of members, including artists, tech engineers, maker hobbyists, entertainers, and entrepreneurs. “The fact is that while there is still an “underground” aspect to anime and geek culture,” said one of the clothing line’s founders, “it has come to inspire and be enjoyed by many successful people. Being an Otaku is no longer “weird” (if it even ever was). Otaku Attack recognizes and celebrates this fact; it’s about wearing your Otaku identity proudly for the world to see!”

Otaku Attack‘s initial launch clothing line includes t-shirts and hoodies designed by local Anime and manga artists in Tokyo, with other products planned. T-shirt collections are priced between USD 22.99 and USD 24.99, while hoodie collections are priced at less than USD 36. T-shirts are available in white, black, beige, pink, and yellow. All products are machine washable and made of quality cotton and polyester materials creating very comfortable shirts and hoodies. The complete catalog for the launch collection is available on the Otaku Attack official website.

Otaku Attack is about a worldwide geek and Otaku movement, and so, of course, provides worldwide shipping.

Otaku Attack is about a worldwide geek and otaku movement, and so of course provides worldwide shipping.

Otaku Attack is a clothing line that celebrates the inner geek in everyone and is about wearing that geekiness proudly for the world to see. While the word “Otaku” is used in Japanese to negatively label a geek culture enthusiast, at Otaku Attack we proudly claim it as our own. Our designs express our pride in our love of geek culture, many of them with a hint of sarcasm and an unapologetic wink. All of our designs are created in Tokyo, printed in the United States, and shipped around the world!

Online assignment help by Copycrafter will free you from any academic issues
Ged Online
There is no better press release writing company as 123 term papers.
Go to Assignmentgeek.com and get your homework done.