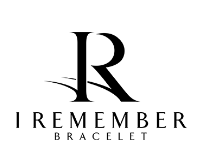 Bonnie is the daughter of Holocaust survivor, Stanley (Szlamek) Jackson Glogover, (1925 –2013) a late resident Aventura, Fl. As a teenager, Stanley lived through dangerous and brutalizing years in Auschwitz and survived by faith and prayer until the liberation of the camp in 1945.

Latson has been forced resign his position as Principal of Boca Raton’s Spanish River Community High School because of the controversy and maybe reassigned elsewhere, Florida has 1994 mandate that requires Holocaust education in public schools. (Latson claims that some parents, “Don’t want their children to participate”. There are those who dispute would this.)

“I want Principal Latson to know that my father’s losses began on the very first day he and his family were ordered off the freight cars at Birkenau,” says Bonnie. “His mother, two younger brothers under 12, and a baby sister named Itka, were sent to the so called showers, aka the gas chambers. These innocents were murdered that afternoon. My father and his father were
remanded to the labor detail. They never saw my grandmother and her children again.”

The Glogover clan of Stanley’s generation lost over 40 members to the senseless slaughter of the Holocaust. After the war, homeless and alone, he wandered through every DP camp in Europe searching for any remaining family. At the last site he looked, Stanley miraculously found his father alive! Together, they emigrated to America to begin a new life.

“Holocaust deniers should have the integrity to look at the hard historical evidence,” comments Bonnie. “The Nazi regime organized the mass arrests and murder of millions of people from many European nations. This was enacted with a well-organized infrastructure and an administration fanatically obsessed with paperwork.”

“The Nazi’s undeniable records reside in many archives in Europe. Mr. Latson, as an educator, should find it in his heart and mind to do the right thing and commit himself to the appropriate research. There are many survivor groups in Florida where he could step up and hear first-hand about their WW2 experiences.”

How to put healing and empathy on this painful condition?
“It would be a great blessing,” says Bonnie, “if Mr. Latson had the openness to sit down with the Holocaust survivors of Boca Raton and just listen to their stories. Healing cannot begin until we come up close and personal and witness the suffering of others. Compassion and understanding is the answer.”

Bonnie recently honored her late father and all victims of genocide worldwide, past and present, by creating the I REMEMBER BRACELET. A percentage of purchases of the bracelet will be donated to the USC Shoah Foundation.

I Remember & Company LLC, will also be sending matching funds to a different human rights charity every month: www.irememberbracelet.com.