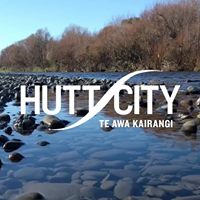 
Hindus have commended Hutt City Council in New Zealand for their “Yoga in Schools” program, calling it a step in the positive direction.

“We’re on a journey to increase the awareness and accessibility of yoga in the community…we’ve developed the Yoga for Schools programme which brings yoga into the classroom and curriculum”, a Hutt City Council announcement states.

Yoga, referred as “a living fossil”, was a mental and physical discipline, for everybody to share and benefit from, whose traces went back to around 2,000 BCE to Indus Valley civilization, Rajan Zed pointed out.

Zed further said that yoga, although introduced and nourished by Hinduism, was a world heritage and liberation powerhouse to be utilized by all. According to Patanjali who codified it in Yoga Sutra, yoga was a methodical effort to attain perfection, through the control of the different elements of human nature, physical and psychical.

According to US National Institutes of Health, yoga may help one to feel more relaxed, be more flexible, improve posture, breathe deeply, and get rid of stress. According to a “2016 Yoga in America Study”, about 37 million Americans (which included many celebrities) now practice yoga; and yoga is strongly correlated with having a positive self image. Yoga was the repository of something basic in the human soul and psyche, Rajan Zed added.

“School-based yoga offers many benefits to children and teachers and is known to have positive effects on student learning, well-being, behaviour, and performance”, Hutt City Council announcement indicates.

Ray Wallace is the Mayor of Hutt City Council, while notable people associated with it include Nobel laureate Alan MacDiarmid and Oscar winning actress Anna Paquin.