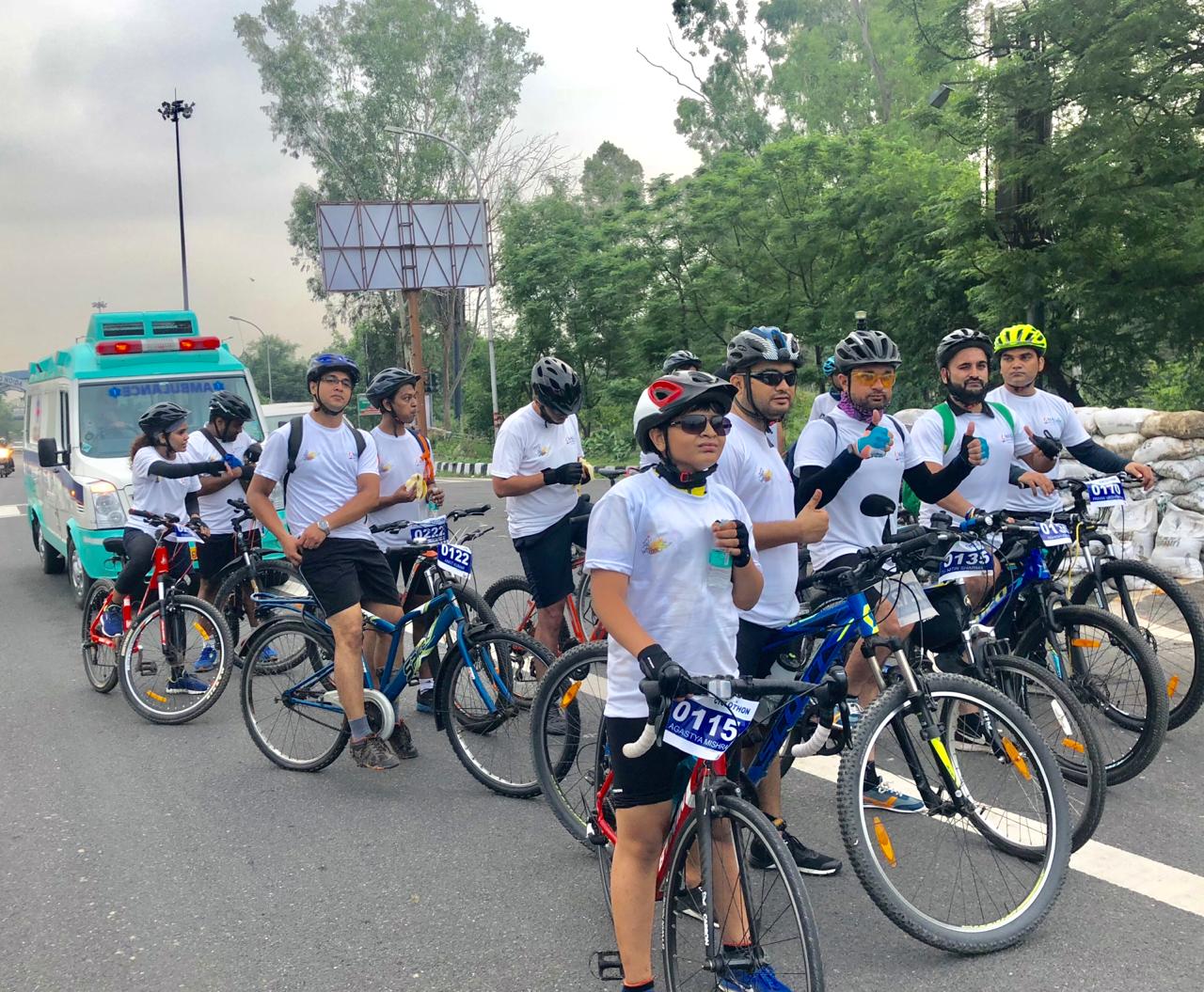 
New Delhi: To curb down the instances of fatalities due to road accidents and in case of emergencies, a cyclothon was organized by Max Hospital in association with East Delhi Ryderz. The Cyclothon will help promote road safety and focus on saving more lives. More than 100 participants took part in the 10 km Cyclothon as part of the campaign Emergency Drive – Save the Number, Save A Life.

The cyclothon was organized to create mass awareness and asking people to come forward in case of emergency.

To spread awareness among the common masses, other than the cycling enthusiasts, local residents also took part along with the doctors of the hospital. The Cyclothon was kicked off at 6 AM and concluded around 8 AM in the presence of Mr. Neeraj Mishra, Director, Operations, Max Healthcare and Mr Naveen Goel, Senior Vice President and Unit Head, Operations Max Hospital, Patparganj.

“The emergency number 011-40554055 has been issued in public interest by Max Hospital to create awareness so that people at the time of any emergency can come forward and call and thereafter Max Hospital will take care of the patient. Partnering with East Delhi Ryderz, We want to request all of the masses to extend help to the victims at the time of an accident, which can save many lives. “ said Mr Neeraj Mishra, Director-operations at Max Hospital, Patparganj.

According to the statistics from the Ministry of Road Transport & Highways (MoRTH) India has one of the worst road safety records in the world. Around 400 people die in road accidents every day, where over 1317 accidents occur each day. Road deaths are the biggest cause of unnatural deaths in India and they include pedestrians, who constitute a significant share of these fatalities. In the last decade, 1.2 million accidental deaths, 5 million serious injuries & disabilities happened on the Indian Roads.

“Following safety rules can help avoid fatalities on roads. Road accidents claim 4 to 5 lives on city roads every day, underlining the urgency for drivers and riders to adhere to basic traffic rules while driving. In this context, the importance of making people aware of road safety cannot be overstated. Many precious lives can be saved if they are brought to hospital on time” said Mr Naveen Goel, VP and Unit head- Operations, Max Hospital, Patparganj.

Most of the time, people do not come forward to help road accident victims for fear of victimization.

Mr. Kamal Bisht (Representative of East Delhi Ryderz) added “We are happy to be a part of this noble initiative by Max Super Speciality Hospital Patparganj. Such initiatives help increating awareness and encourage people to understand the importance of helping others at the time of emergency.”