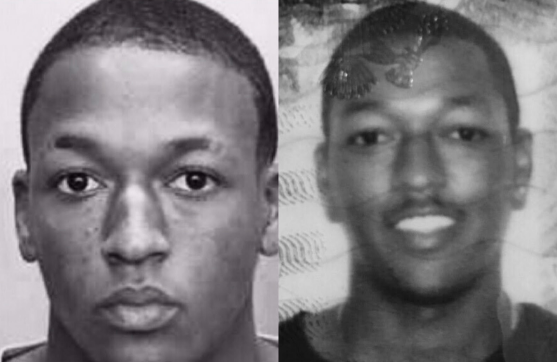 
We often hear rags to riches success stories. Steve Jobs and Oprah Winfrey are two excellent examples, but it’s always admirable to hear success stories of former gang members, simply because society can shape common mindsets to portray gang members, convicts and prisoners to be considered a failure. Going from a gang member, and frequently in and out of jail Nathan Pirtle has completely turned his life around, establishing himself as a social media influencer and successful entrepreneur.

“Its funny some of the most intelligent people I have ever met I met when I was in and out of jail,” he said. Today, he is able to land celebrity clients and surround himself with mentors such as: Malcolm Spellman - a writer producer for the hit tv show Empire, Madeline Nelson - owner of Heads Music,Ted Field - founder of Interscope and Radar Pictures and Films, Karen Hartman and Fernando Carrillo.

Hardships are inevitable aspects of human lives, sometimes the depth of our struggle determines the height of our success. Growing up, life has always been a challenge for Pirtle, having forced to go days without power, limited food and sleeping in his car to survive, it’s commendable how high Pirtle has soared.

“In a nutshell, I’ve always been open to my life changing, if that makes sense. I don’t resist it,” he explained. “I’m not scared of it. And even when I’m scared of it, I still let it happen.” He continued: “As crazy as this might sound death is the only thing that could stop me from being successful. But I can’t stress enough, the big, terrifying leaps are the thing I hold up as indicators of how far I will go.”

With such a severe upbringing, Pirtle has definitely managed to turn his life around to propel in the right direction. I asked Pirtle his best pieces of advice for individuals who are forced to overcome hardships in their life?

Here are his secrets going from rock bottom to a successful entrepreneur:

1. Failure Even though some successful people only had to endure a few failures, it’s important to understand failing is a fundamental aspect of human nature. As Pirtle says, “It’s only after we’ve lost everything that we’re free to do anything” which is a quote from the movie Fight Club. Pirtle explains,“I failed my way into success. I did everything wrong until I found something that I could do right. Failure built character, failure made me not afraid to make a fool out of myself, someone could beat me 9 times in a row but I guarantee you I will get back up every single time and figure out how to beat them the 10th time. You never actually fail until you give up.” It’s vital to understand that failure doesn’t mean defeat, but instead it’s a process in which it builds and develops our character.

2. Never Give Up Constantly we are bombarded with the saying “never give up” but it’s surprising how many people give up on their dreams, when they had the potential to become successful. Being resilient is an important attribute to carry. “Never give up…ever. Even if you don’t have faith it will get better, just keep pushing forward blindly. Sometimes people give up right before they are about to receive their blessing, “Pirtle said. You have to be willing to take risks, sometimes you have to take blind leaps of faith to get to the other side. One quote that stuck with me is “tough times don’t last tough people do.” Lots of reading, prayer, meditation, running,the Movie Fight Club and creating my own world inside of my head. Growing up I was used to going days without power, cable, limited food, and sleeping in my car. I was mentally prepared for whatever that was thrown my way.”

3. Relentless Hard Work Often we hear about “overnight successes” but it’s important not to be fooled, success doesn’t happen overnight. Especially in Pirtle’s case, he had to work hard to prove himself worthy and dismiss his gang member label. As Pirtle puts it together, “Here’s the formula: Hard work trumps smarts, smarts trump talent , talent trumps luck, you can’t make it without luck, luck is the catalytic moment that hard work, smarts, and talent come together. Now you may need different people to bring each of those elements to make the formula.

But it all starts with dedication and hard work, if you aren’t willing to lose sleep and go the extra mile every single time it’s going to be hard to succeed. Like Eric Thomas said “you have to want to succeed as bad as you want to breathe” I don’t think there’s one attribute that you need to become successful, but one of them is relentless hard work!”

Ged Online
To ensure stability and reachability of your applications at all times, remote DDoS protection can keep your hosting services online