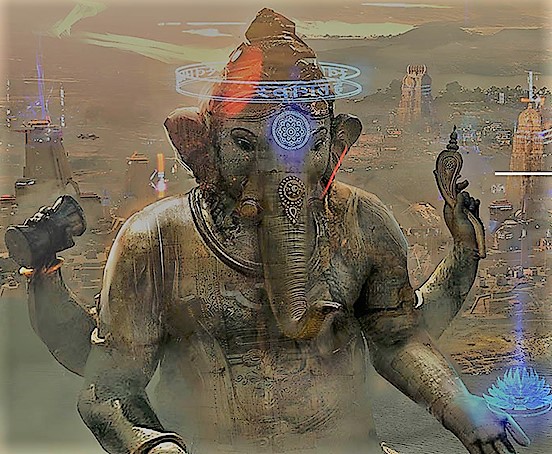 In this action-adventure video game to be published by Ubisoft, Hinduism is reportedly going to play a pivotal role in the narrative, with images and references related to Hinduism, while it explores Ganesha City named after highly revered Hindu deity Lord Ganesha.

Distinguished Hindu statesman Rajan Zed, in a statement in Nevada (USA) today, hoped that the final product of this video-game would showcase the Hinduism concepts, traditions, objects, terminology and deities authentically; matching their characterization as portrayed in ancient Hindu scriptures, instead of giving its own fantasized or re-imagined version.

Zed, who is President of Universal Society of Hinduism, noted that Hindus wholeheartedly welcomed entertainment industry to immerse in Hinduism, but taking it seriously and respectfully; as refashioning of Hinduism scriptures, symbols, traditions, concepts, terminology and deities for mercantile greed was likely to hurt the sentiments of devotees; and misrepresentation created confusion among non-Hindus about Hinduism. Insensitive handling of faith traditions sometimes resulted in pillaging serious spiritual doctrines and revered symbols.

With seasoned and skillful professionals at the helm in Ubisoft, we did not expect any problem, Rajan Zed said and added that they were just urging for more sensitivity towards faith traditions and careful handling of Hindu concepts and terminology.

Zed further said that Hindus were for free speech as much as anybody else if not more. But faith was something sacred and attempts at trivializing it hurt the devotees. Video-game makers should be more sensitive while handling faith related subjects, as these games were a powerful medium which left lasting impact on the unsuspecting minds of highly impressionable children, teens and other young people, Zed added.

If Ubisoft or other video-games developers needed any expertise on Hinduism, oldest and third largest religion of the world with about 1.1 billion adherents and a rich philosophical thought, he or other Hindu scholars would gladly provide the resources, Rajan Zed stated.

Ubisoft claims to be “a leading creator, publisher and distributor of interactive entertainment and services, with a rich portfolio of world-renowned brands, including Assassin’s Creed”. For the 2017-18 fiscal year, it reportedly generated sales of €1,732 million. Yves Guillemot is CEO of Ubisoft, launched in 1986 and headquartered in the Paris suburb Montreuil, whose tagline is “Outstanding games made by exceptional humans”.

Hire an expert to write a paper for you at writers per hour.
Ged Online
Go to Assignmentgeek.com and get your homework done.