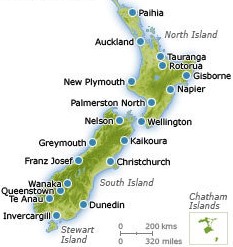 About two per cent people in New Zealand identify with Hinduism, according to a recent research report “Faith and Belief in New Zealand”.

“New Zealand is becoming an increasingly secular nation…More than half of Kiwis (55%) do not identify with any main religion…This secularisation has been steadily increasing over the last decade or so”, this report points out.

“About five per cent of New Zealanders believe in multiple gods”; this report; which “explores attitudes towards religion, spirituality and Christianity in New Zealand”; indicates. This study was commissioned by Auckland (New Zealand) headquartered philanthropic Wilberforce Foundation and was undertaken by Australian based research and communications agency McCrindle Research.

Meanwhile, distinguished Hindu statesman Rajan Zed, in a statement in Nevada (USA) today, congratulated the Hindu community in New Zealand for continuing with the traditional values of hard work, higher morals, stress on education, sanctity of marriage, etc.; amidst so many distractions.

Rajan Zed, who is President of Universal Society of Hinduism, advised Hindus to focus on inner search, stay pure, explore the vast wisdom of scriptures, make spirituality more attractive to youth and children, stay away from the greed, and always keep God in your life.

Hinduism, oldest and third largest religion of the world, has about 1.1 billion adherents and moksh (liberation) is its ultimate goal.

Buy 100% high-quality replica watches with a 2-year warranty and free ground shipping!
Hire an expert to write a paper for you at writers per hour.