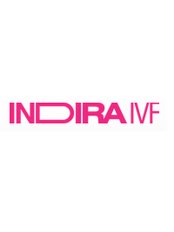 
New Delhi: With the prevailing hazy conditions and limiting the visibility in Delhi NCR, air quality has severely deteriorated in the region this week. CPCB reports claim that the level of coarse particles in the air has crossed the severe mark. Report shows that the PM10 levels were found to be beyond 830 µg/m3.

“Air quality has worsened in the past week and is really shocking to see the drastic rise in air pollution this summer. Such situations will not only exacerbate breathing difficulties but also have a serious impact on the fertility. With AQI (PM10) reaching 1000, a measurement that is hazardous, clearly indicates the adjoining health concerns due to the depleting quality of air. Such particles when inhaled are not only life threatening, but also can cause series of ailments like alleviated pulmonary ailments, cardiac problems, stroke and also poses a great threat to male fertility.” Says Dr
Arvind Vaid, Gynaecologist & ​IVF Expert, Indira IVF Hospital, New Delhi


PM10 particles have a tendency to increase the concentration of free radicals in the blood stream which in turn affects the quality of sperm among males. Also the presence of heavy metals like cadmium, mercury and lead has severe consequences on the life of sperm and the effect can be seen for over 90 days. Important factors like sperm motility and concentration are duly affected which determines a pregnancy.

“PM 10 carrying aromatic hydrocarbons is directly linked to make hormonal changes in the body. With depleting testosterone and estrogen levels, not only the desire for intercourse is in a downward trend but is also an indication of their declining fertility.  Many couples have come forward in the recent months to undergo Testosterone replacement therapy (TRT) and Estrogen Replacement Therapy (ERT), while feeling the exertion of unable to conceive.” Says Dr​.​
​Parth Joshi, Ahemdabad based IVF Expert​.​


Prominence of premature deliveries, new- born having a low birth weight and miscarriages in the city is a clear indication of presence of high levels of particulate matter and sulphur dioxides in the air, which also has adverse effects on pregnancy.

Ambient AQI being a great cause of concern for the delhities as apart from smoking, sedentary lifestyle, and stress, polluted air now tops the chart as prime reason for the depleting sperm count in males. The rate of male population undergoing infertility treatment in the city exceeds that of women as compared to any other metropolitan.

To ensure stability and reachability of your applications at all times, remote DDoS protection can keep your hosting services online
There is no better press release writing company as 123 term papers.
Go to Assignmentgeek.com and get your homework done.
Learn about online entrepreneurship at JohannesLarsson.com