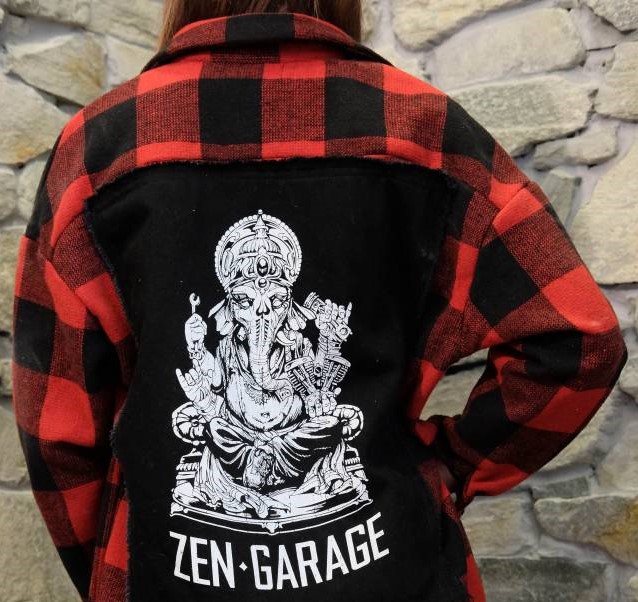 Upset Hindus are urging Vancouver Island (British Columbia, Canada) based clothing & apparel brand “OmBoys” for immediate withdrawal of various items carrying images of Hindu deity Ganesh shown as a mechanic; calling it highly inappropriate.
Distinguished Hindu statesman Rajan Zed, in a statement in Nevada today, said that Lord Ganesh was highly revered in Hinduism and was meant to be worshiped in temples or home shrines and not to be thrown around irresponsibly reshaped as a mechanic with tools in his hands. Inappropriate usage of Hindu deities or concepts for commercial or other agenda was not okay as it hurt the devotees.
Zed, who is President of Universal Society of Hinduism, also urged “OmBoys” and its CEO to offer a formal apology.
Hinduism was the oldest and third largest religion of the world with about 1.1 billion adherents and a rich philosophical thought and it should not be taken frivolously. Symbols of any faith, larger or smaller, should not be mishandled, Rajan Zed noted.
Zed further said that such trivialization of Hindu deity was disturbing to the Hindus world over. Hindus were for free artistic expression and speech as much as anybody else if not more. But faith was something sacred and attempts at trivializing it hurt the followers, Zed added.
In Hinduism, Lord Ganesh is worshiped as god of wisdom and remover of obstacles and is invoked before the beginning of any major undertaking.
“OmBoys”, located in Nanaimo in British Columbia, sell online as well as in stores. It carries active wear, accessories, bags, bodysuits, button up shirts, hats, hoodies, jackets, pants, t-shirts, tank tops, vests, yoga wear, zip up & pullovers. Its Womens-Om Boys-Plaid Jacket-Ganesh was priced at C$149.