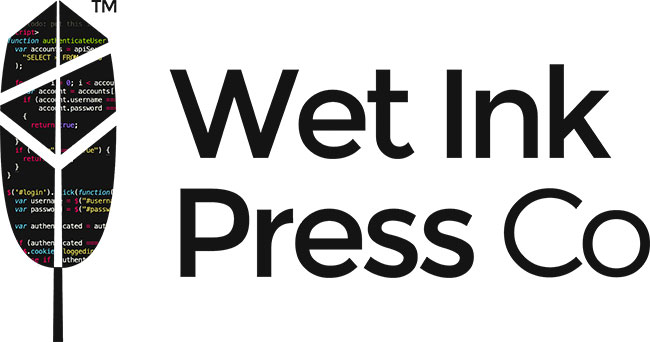 
New York, NY – (June, 2018) – On June 6th, Nadia Carmon, the founder of indie art and tech branding company Wet Ink Press Co, graduated from the NYC Web Development Fellowship at New York Code + Design Academy; where she was chosen to be a fellow from a pool of over 1200 applicants in late February. During her time in the course, and in an effort to broaden her skillset and freelance offerings, she learned Ruby on Rails, Javascript, JQuery, APIs, CSS Frameworks, and more; adding to a 1+ year stint attending 5 classes through 3 coding bootcamps.

Earlier in the year she completed a Bootcamp Prep course at Fullstack Academy, as well. Current portfolio: https://nadiabcarmon.github.io/Portfolio2/HTML/home.html In addition to software development, she has also began her journey turning original app concepts into viable business products. She has 3 such projects underway. With a background in content strategy and marketing, Carmon is a strong candidate for visual branding roles centered on frontend development; or hybrid digital marketing roles that fuse her experience in web development, content writing, and social media. She also possesses a growing fullstack skillset.

Nadia Carmon is a creative professional whose 8+ years of experience in writing and expertise in client building has been instrumental in the development of several independent ventures. Since 2008, she has been a Contributing Writer in the Arts and Entertainment genre for seven publications; a growing list that most recently includes the alternative luxury magazines Prysm (Now Fantôme) and DeVour. In addition to writing about film and music for Prysm Magazine, she also functioned as their public relations rep; networking with media outlets to pitch and coordinate on features about the magazine as well as writing press releases to expose the general public to the startup.

In 2016, she founded Wet Ink Press Co; a freelance writing company that offers digital marketing to a variety of industries. Her client list includes software companies, record labels, print magazines, online publications, filmmakers, authors and blogs. As a screenwriter, two of her shorts have been produced, including the 2014 experimental film Stranger, starring Lydia Darly (Exorcist: The Beginning, The Way You Love) and directed by Jeremiah Kipp (Atlas of the Soul, The Minions, The Days God Slept). In 2014, Stranger was an Official Selection of the Roxbury International Film Festival and the Beyond the Beaten Path Film Fest/SoCal Independent Film (Now the Huntington Beach Film Festival). She is currently outlining a feature length screenplay based on a script she began writing a few years ago. As a Content Writing Intern with the Digital Branding Institute, she contributed articles on how to build and manage your digital brand and reputation. Her most popular article to date, “How To Use Small Business Hashtags To Promote Your Brand”, was shared 554 times. Her self-published “Low Budget, High Art: An Interview with Indie Filmmaker Jeremiah Kipp” was shared 137 times.

Currently she is responsible for web development, digital ads and social content as an intern with NYC college and career readiness-based company GrantAnswers.