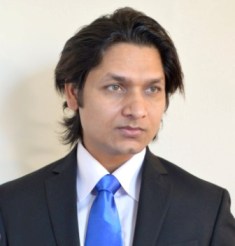 
San Francisco, California -San Francisco Republican Party plans to put Ash Shrivastav in the ballot against the top Democratic leader in the House.

Nancy Pelosi has represented congressional district 12 for nearly thirty years. Previously, Nancy served as the Speaker of the House in the administrations of George Bush and Barack Obama. Democrats consider the district safe as it leans heavily democratic. Over 65% of the district’s registered voters are Democrats. The last GOP candidate in 2016 election received 8% of the vote. A young immigrant and a San Francisco resident, Ash Shrivastav is a fresh face in the GOP politics. In early February, San Francisco GOP Chairman Jason Clark approached Mr. Shrivastav to consider running for office. Mr. Shrivastav, who is a Private Equity investor at a middle market impact focused investment firm Buckhill Capital, led series of meetings with his partners to test the initial support and the reaction from the financial community who would be his early backers. It is widely speculated that Mr. Shrivastav will file for his candidacy soon. Mr. Shrivastav has indicated that if he runs for office his campaign’s key issues would be the issues faced by every day San Franciscans. In his blog post, he has expressed dissatisfaction over the widespread drug abuse, homelessness, environmental conditions, safety of citizens and unchecked illegal immigration. He also subscribes to some of the Democratic party’s views such as a need in sentencing reform. While Mr. Shrivastav subscribes President Trump’s views on most of the issues, his campaign would seek common grounds with the opposing party.

Although Ms. Pelosi considers her district safe and does not plan spend her time or campaign’s money in San Francisco, because of the unique background and a fresh face in opposition campaign, it could very well become a race to watch.