National Convention on One Nation One Election: time has come 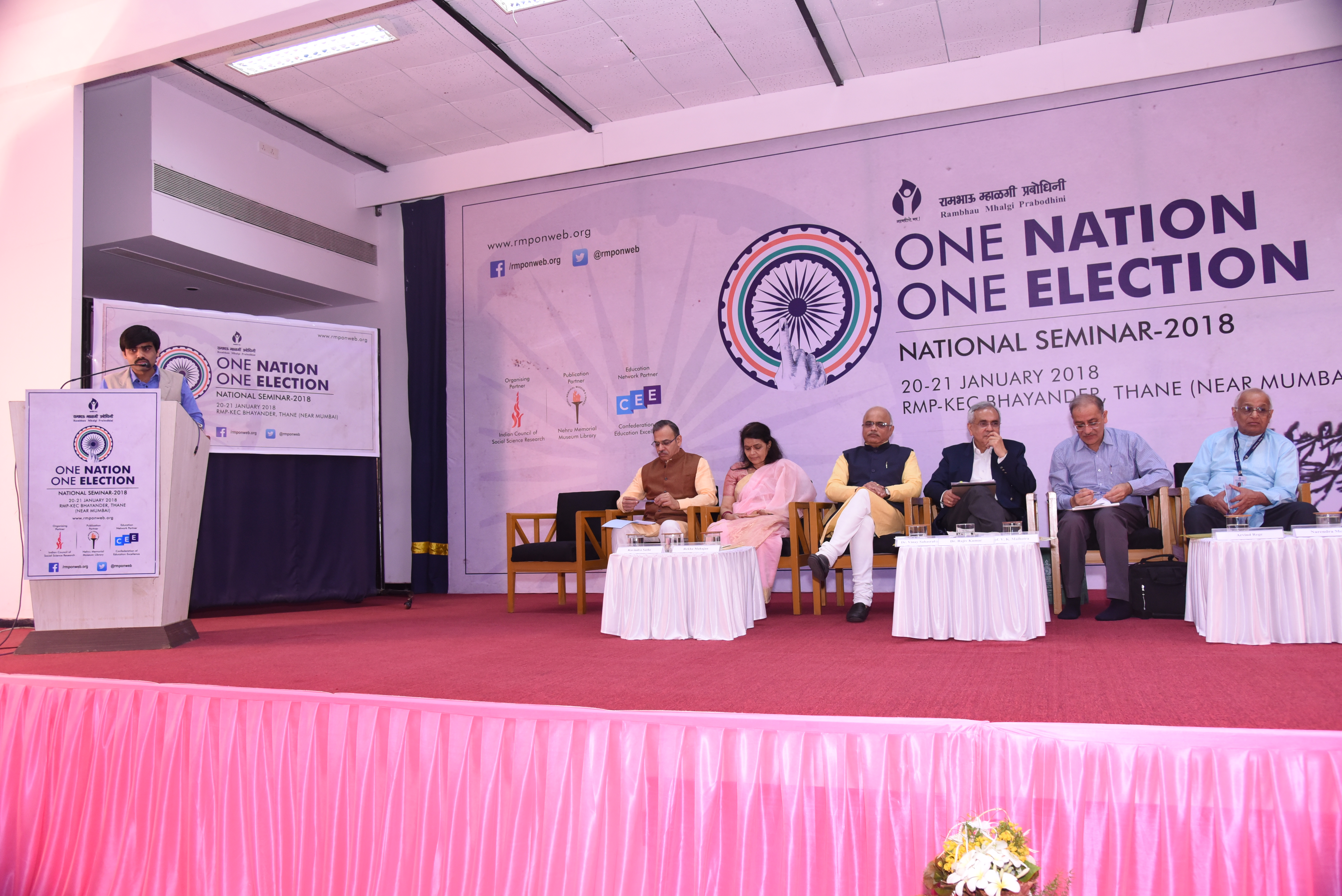 
Rambhau Mhalgi Prabodhini a premier training institute situated in the nature inspiring location of Bhayender, Mumbai organizes a 2 day National Convention every year in January with a theme concurrent to the current Politics of the Nation.This year Rambhau Mhalgi Prabodhini and Confederation of Education Excellence (CEE) (Think Tanks of the Indian Education) selected One Nation One Election as its theme for the National Convention where in 175 delegates from 15 States will hold discussion on some complex topics such as Multiplicity of election & it's challenges, Simultaneous election: Concept Feasibility & Execution Constitutional Provisions for One Nation One Election & Global Experiences of One Nation One Election.

Confederation of Education Excellence (CEE) was the Education Network Partner for inviting the research paper on the subject from Pan India. Panel of experts from the field shortlisted the research papers after the rigorous efforts. Educationists from different state witnessed the event with great enthusiasm.

Shri Rajiv Kumar Vice Chairman of Niti Ayog in his key note address emphasized the use of huge amount of money being used for elections in our country & said that if we accept One Nation One Election & if simultaneous elections are conducted then we as a country can save a lot of money & spend the same on developmental & Infrastructure projects.Shri Rajiv Kumar also spoke about the Deployment of security forces during elections & it's disadvantages,Shri Rajiv Kumar compared the electoral system with the stock market saying that if a candidate or a particular party does good work then he is re-elected & if he doesn't do good work then his chances of getting re-elected are less,which is same in stock market if the results of a particular Company are good then it's market price goes up & if the results are not good then the price falls. Shri Rajiv Kumar said he was happy that such a important topic was taken for National Convention and expressed hope that One Nation One Election will be a reality in the coming future.

Dr. Vinay Sahasrabuddhe (Chairman Rambhau Mhalgi Prabodhini) and Ms Shruti Arora President CEE, had appreciated and congratulated the delegates and organising team members for the successful conduct of the event.