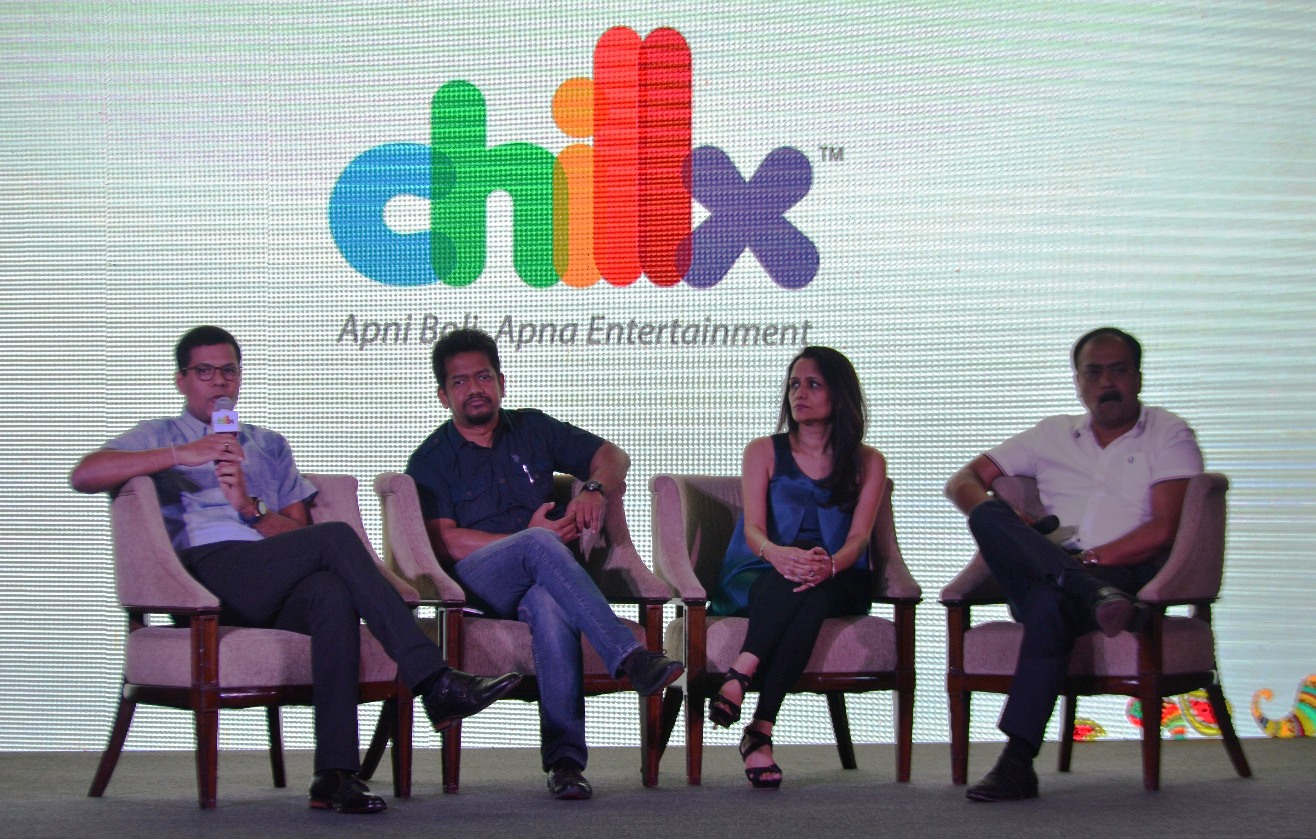 Chillx is a complete entertainment based platform aimed at placing the power of choice in the hands of consumers. The App will give consumers choice in languages, entertainment formats, genres as well as payment mechanisms.

Sweta Agnihotri, CEO – Content Syndication, Reliance Entertainment- spoke about Chillx; \"While Apps downloaded are mostly in line with global popularity, interest in content consumption in regional language is high. We see smart phone screen as a fantastic gateway to the consumer and our cross functional team will leverage its understanding of content and industry relationships to amplify value offering to the consumer.”

The app is a digital entertainment departmental store that curates a mix of games, music, viral videos & clips, entertainment news, short films & full length movies.
Vijay Singh CEO, FunOnGo Media & Entertainment LLP- said “This endeavor allows us to widen the scope of consumer engagement on a scale that is possible only when you are a part of India’s leading entertainment conglomerate like Reliance Entertainment.”

Content on Chillx is available across major Indian regional languages like Bengali, Tamil, Telugu, Kannada, Malayalam, Punjabi, Marathi, Gujarati etc.
Shibasish Sarkar, Chief Operating Officer, Reliance Entertainment said: “Digital platforms are encouraging a wider audience with diverse consumption patterns, we recognize that this calls for innovative approach in the manner we produce and present our content. The launch of Chillx is in line with our business vision.”

Chillx contains an exhaustive games section, with several premium games available on a try and buy basis. The portal also lists and recommends apps for Indian users depending upon their usage habits.

The approach that makes Chillx relevant to partners and consumers alike are:
(a) Accessibility : Chillx is distributed to consumers via 3 routes; On Device with select Indian OEMs, side loaded at telecom retail stores & on GOOGLE Play Store.
(b) Connectivity : Chillx offers both online streaming and download options
(c) Usability : Convenience to customize the User Interface in multiple Indian languages
(d) Simplicity : Free and Premium content is available on Chillx. For paid content Chillx has integrated telecom billing option ease of operation.

ABOUT RELIANCE ENTERTAINMENT:
Reliance Group, led by Anil D. Ambani, is among India’s major business houses, with a leadership position in telecommunications, power, infrastructure, financial services, and media and entertainment. The Group has over 250 million customers, serving 1 in every 5 Indians and has over 8 million shareholders, amongst the largest in the world.
Reliance Entertainment is the media and entertainment arm of Reliance Group and is engaged in the creation and distribution of content across film, television, digital and gaming platforms. Internationally, Reliance Entertainment has partnered since 2009 with iconic film producer and director, Steven Spielberg, in the formation of DreamWorks Studios.

This relationship has produced several highly successful films such as The Help, War Horse, Lincoln, The Hundred Foot Journey and Bridge of Spies. In December 2015, Reliance Entertainment, Steven Spielberg, DreamWorks Studios, Participant Media and Entertainment One formed Amblin Partners, a new film, television and digital content creation company. The studio recently produced and distributed ‘The Girl on the Train’ based on a bestseller and will continue to produce various films going forward.
In India, Reliance Entertainment has produced, distributed and released more than 170 films in multiple Indian languages, including Hindi, Tamil, Telugu, Malayalam, Kannada, Bengali, etc. The studio has formed Plan C a partnership venture with director Neeraj Pandey that recently produced the very successful Akshay Kumar starrer film, Rustom. Besides Reliance Entertainment has an on-going partnership with Phantom films, a company created by highly talented directors and producers.
Follow us on Twitter @RelianceEnt
Follow us on Facebook @RelianceEntertainment

ABOUT FUNONGO:
FunOnGo as a Telecom Value Added Services company that counts Indian mobile phone brands like Intex, Micromax, Karbonn, Panasonic, Spice, Videocon and others as its clients. Across all its clients FunOnGo has the potential to reach 40% of the smartphone users in India. The co-founders have a proven track record in delivery of entertainment VAS services and will manage the day-to-day operations of the company.
Vijay Singh, started as an entrepreneur from the time he completed his Bachelor of Engineering from Nagpur University. Ujjwal Narayan, is an alumnus of BIT, Mesra & is a Telecom industry specialist, last having served in a senior executive position with Bharti Airtel.


Other articles by Reliance