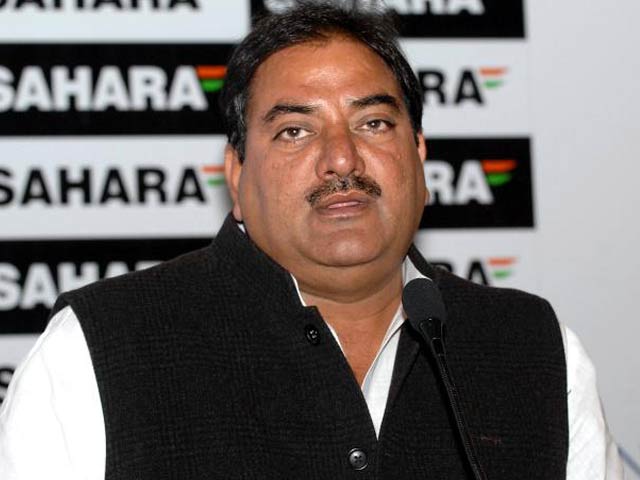 
Rajya Sabha election from Haryana got a dramatic turn of events, as the Congress on Friday decided to vote for controversial lawyer R K Anand, who is pitted against a BJP-supported independent candidate and media baron Subhash Chandra. Where Media baron and BJP-backed Independent candidate Subhash Chandra unexpectedly won in the Rajya Sabha polls on Saturday after the 14 votes of the Congress were declared invalid, lawyer R K Anand, who was backed by the INLD and Congress, had the numbers to sail through as on Friday, the Congress openly came out in support of Anand. The INLD and Congress have 19 and 17 legislators in the Haryana assembly respectively. Had they all voted for Anand, he would have won easily. But the votes of 14 Congress MLAs — all belonging to the Bhupinder Singh Hooda camp — were rejected. INLD leader Abhay Chautala alleged that the Congress MLAs apparently voted RK Anand but at the time of voting marking pen has been changed due to this the vote getting cancelled and Anand got defeated by Subhash Chandra. The Haryana Assembly has 90 members. Out of 90 votes, Singh got 40, Anand 21 and Chandra got 15 votes while 14 votes were rejected.

Abhay Chautala accused Congress legislators of getting their votes rejected during the election. He said, “We always doubted Congress intentions. We knew Congress could be bought. Votes of 14 Congress MLAs were rejected, thereby benefitting the BJP. While they voted for Anand, they used the wrong pen. They call us the B team of BJP and said they were voting against BJP as it is a communal party. But their claims are now exposed. B S Hooda left the ballot paper blank. It is a conspiracy against the Nation." All 17 Congress MLAs were against voting for Anand, who was backed by state rival INLD — but their objections had been overruled by their party high command.

Abhay Chautala who will be now focusing on his party and conspiracy which has been played at the time of the election. He said, "From now on common man will understand their tactics and plan to fool people with their fake promises. It is now on people whom they trust in future."