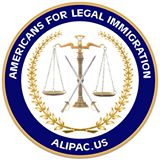 
Raleigh, NC, USA (March 14, 2016) -- ALIPAC is predicting that Donald Trump will completely dominate the Tuesday, March 15 Primaries in 5 states due to the public backlash against the violent mob attack on Civil Rights in Chicago where young illegal immigrants, Muslims, and college aged socialists and anarchists proved that America's freedoms of speech and assembly are being overcome by mob rule!

ALIPAC predicts that the aggressive and violent actions of the mob have backfired on their leftist causes and is backfiring on GOP Presidential candidates Ted Cruz and Marco Rubio due to their supportive comments claiming the mob was justified because of the comments and political positions of Donald Trump and his supporter. Large numbers of prior Cruz and Rubio supporters declared they are dropping their support and aligning with Trump in reaction to their statements blaming Trump for the violence.

"Many Americans realize that the successful attack and violation of the civil rights of Trump supporters affects every American who believes we all have the right to assemble and speak freely in our nation. The attack on Donald Trump's rally was an attack on us all, and at this point the only way that Americans can truly defend Civil Rights in America from this threat of mob rule is to rally to and support Donald J. Trump for President!" said William Gheen, President of ALIPAC. "Rubio and Cruz made a major mistake joining the protesters in blaming Donald Trump for the despicable actions in Chicago. All across social media this weekend, prior supporters are announcing they are dropping Cruz and Rubio and joining Trump and that will be reflected in the vote this Tuesday!"

Breitbart News reported Saturday on the social media shift away from Rubio and Cruz to Trump in their article "Voters Slam Ted Cruz, Marco Rubio for Blaming Chicago Rally Shutdown on Donald Trump" by Katie McHugh. McHugh documents numerous examples of Facebook users declaring, "Cruz you lost my vote for using this protest for your political game. Rubio also. Trump has my vote....I'm a Texan, I voted for you for the senate, and was supporting you for president, up until you blamed Trump for the savage behavior of Hillary and Bernie supporters in Chicago. I just sent a $100.00 contribution to a billionaire, and i'm retired on a fixed income, so guess this is goodbye to you, and I am now firmly on the Trump wagon...Ted Cruz... i was an undecided voter who was leaning your way then you blamed trump for the actions of violent protesters. I am now voting Trump thanks for helping me make my choice tonight."

ALIPAC has endorsed Donald Trump as the first Presidential candidate the national organization has ever supported for President since the founding of ALIPAC in 2004.

Voters are being warned that the failed DC establishment has two routes to retaining power at this point. The establishment can still win if Hillary Clinton is elected President and Clinton's chances rise each day that the bitter Trump and Cruz conflict continues. The establishment will also regain control the moment this race is forced into a brokered convention which DC insiders will control.

At this time, it is clear that the two illegal alien amnesty backers Marco Rubio and John Kasich are staying in the race only to try to win in Ohio and Florida on Tuesday to deprive Trump of those electoral votes and throw the race into the convention where the DC establishment retakes control.

While Ted Cruz has no chance of passing Trump or winning the popular vote, his strength levels could throw the race to the convention where the DC establishment may crown him as the GOP candidate for President if he agrees to their demands. This will also throw the race to Hillary Clinton.

"GOP primary voters need to remember the story all Americans are taught as children about the little dog that wanted two bones and ended up with none," said William Gheen. "Voters that think they have the luxury of supporting Cruz and thwarting the DC insiders are wrong. A vote for anyone but Trump at this juncture is a vote to help the DC establishment responsible for that mob attack regain control! All their fire is focused on Trump! The fight is on and sometimes in a fight you have to chose a side and that choice is upon you."

Senator Jeff Sessions, who is the top Republican fighting against illegal immigration, Obama, and amnesty in the US Senate is similarly calling for Unity around Trump! Breitbart's Julia Hahn reports, "Jeff Sessions to GOP: Time to Unite Behind Trump, Beat Hillary."

Hire an expert to write a paper for you at writers per hour.
Ged Online