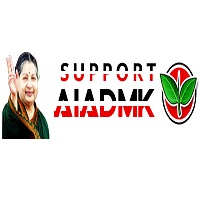 
Chennai, Tamilnadu ( ForPressRelease ) November 26, 2015 - SupportAiAdmk.org, the official website of AIADMK party has been started with the vision to gain support for AIADMK party and to encourage people to join ADMK party. They have just launched their online polling system to cast votes for the upcoming 2016 TN polls.

AIADMK, a state political party of Tamil Nadu and Puducherry, India is currently in power and deemed as the third largest party in Lok Sabha. It has won the elections to the Tamil Nadu Legislative Assembly six times, making it the most successful political outfit in the state's history.

Gopalan Karthikeyan the manager of SupportAiAdmk.org detailed, "SupportAiAdmk.org, the political website is missioned to campaign and promote AIADMK party in the upcoming 2016 TN polls. Our vision is to WIN all the seats contested in the upcoming 2016 assembly election in Tamil Nadu. We intend to promote AIADMK through all the available channels on social media including FB, Twitter, G+, Instagram and others. Also, we have launched our online polling system to spotlight the victory of AIADMK in imminent 2016 TN election."

SupportAiAdmk.org, the political website imparts AIADMK latest news, mandates and candidate details as and when they happen. It aims to promote the achievements of the AIADMK party and Dr. J. Jayalaitha, the Honorable CM of Tamil Nadu, through all the available social media channels.

He also reported, "AIADMK is one of the most competent parties in TN with lots of schemes for social welfare in current term so the masses are benefitted. Supporting AIADMK is our honour and we continue to publicize the good deeds of the party across all media channels to secure all seats in 2016 TN election."

SupportAiAdmk.org, an official website run with the mission to campaign and promote AIADMK party in the upcoming 2016 TN polls features all the current news, mandates, achievements and candidate details of the party. They have also launched an online polling system to cast votes for 2016 TN election. Visit http://www.supportaiadmk.org/ for more information.