MINISO Products Won Big at the German iF Design Awards 2019 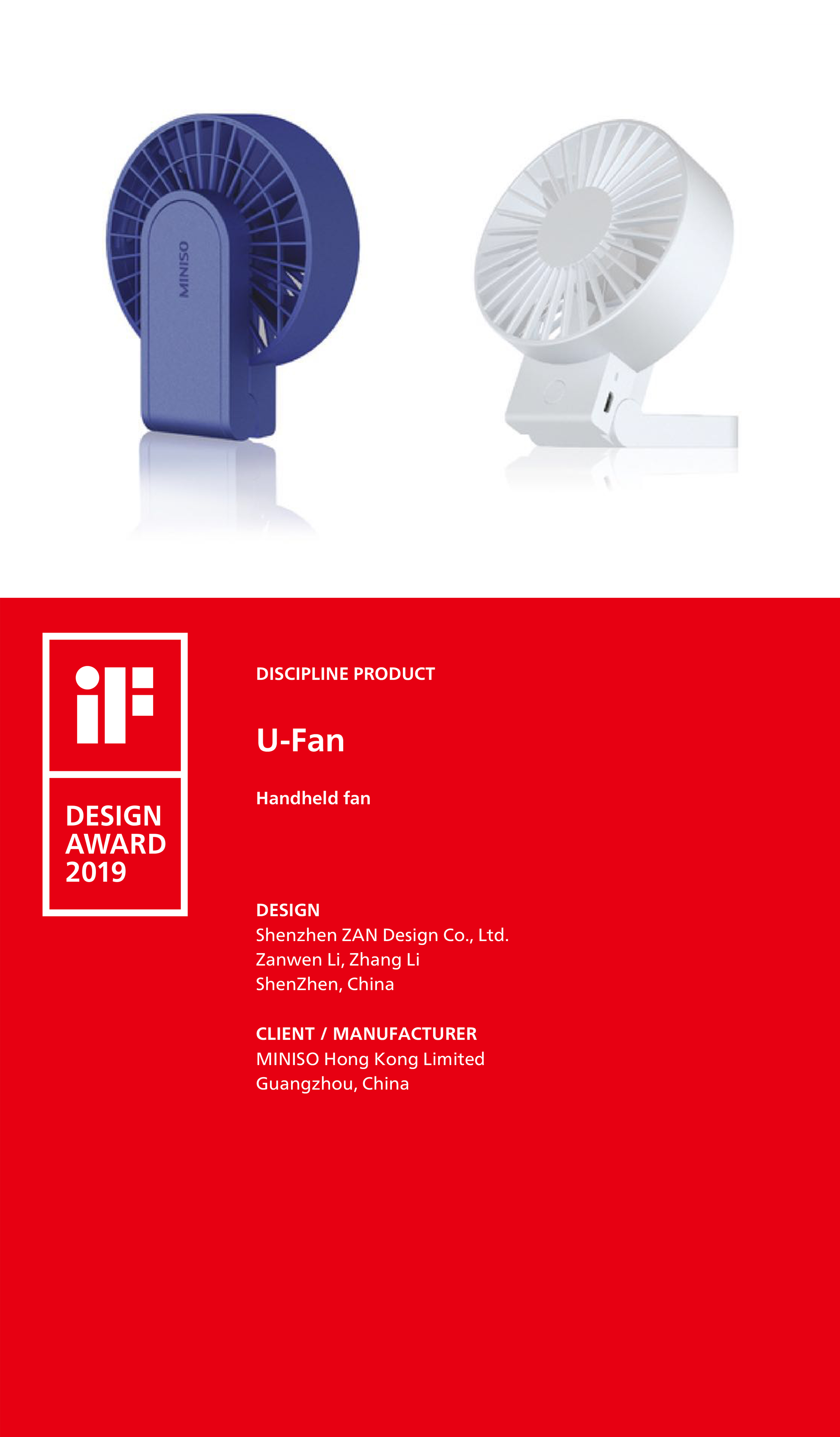 
The German iF Design awards 2019 recently bestowed MINISO, the world’s most trusted designer lifestyle brand, for their creative innovation in three product categories. MINISO's Kendama Gel Pen, Round Foldable Lamp and U-Fan stood out amongst 6,000 + entries from over 50 countries and won at the international awards.
Known as the Academy Awards for Product Design, the German iF Design awards, facilitate products that comply with the philosophy of being independent, rigorous and reliable - representing the world's highest design standards. So far, MINISO products have won seven awards through this institution since their first application in 2018.
Commenting on this achievement, Designer at MINISO said, “The design inspiration for the Kendama Gel Pen comes from a traditional toy - Kendama, which embraces the feeling of childhood. The most creative aspect of this pen is that the cap and the body are connected via an elastic like material ensuring the cap isn’t lost and also making sure that the pen remains tightly shut to avoid spillage of ink.”
He further added, “The USP of the Round Foldable Lamp is its folding property which ensures that it is easily portable and can be pulled up gently to illuminate different angles of the room, when need be. The thickness of the built-in LED light source is merely 30mm, which is also much lighter than others available in the market. Similarly, the MINISO U-Fan is a handy hand-held fan with a unique u-shape holder, which is different from the traditional hand-held fan design. It is easy to use, and the u-shaped handle has multiple functions, as it can be used as a hook and can be folded 45 degrees on the table to meet different needs.”
Adding to this train of thought, Mr. Miyake Junya, Designer and Co-Founder at MINISO said, “We at MINISO strongly believe in designing products that can be accessed by a larger populous. The purpose of designing these products was also to make a statement to the world that good design is not better because it is more expensive; its better because its value lies in being used by everyone.”

ABOUT MINISO
MINISO, a Japan-based designer brand, was co-founded by Japanese designer Mr. Miyake Junya and Chinese young entrepreneur Mr. Ye Guofu in Tokyo, Japan, with the former serving as chief designer. Sticking to the life philosophy of “simplicity, nature and good quality” and the brand proposition of “returning to the nature”, MINISO focuses on life supplies with aesthetic beauty. With the core values of excellent product design, high cost performance and comfortable shopping experience, MINISO has gained popularity amongst consumers, which sets the personalized consumption trend in the household market.