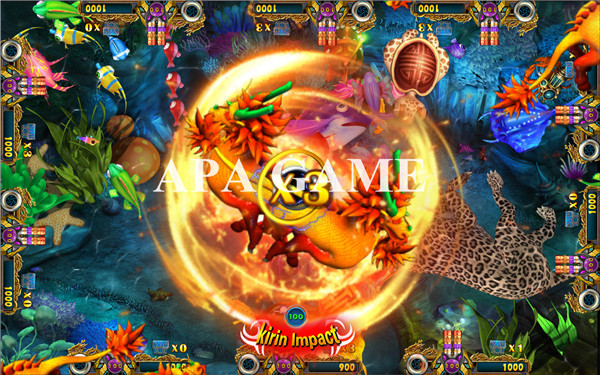 
Guangzhou, China, November 24, 2019 – Fishing games are often so engaging, and which are loved by players of all ages. However, APA Game designs fishing games with some new twists. They add several noted personalities in the game’s storyline that can draw everyone’s attention. Recently, they have integrated characters of Batman, Bruce Lee and Donald Trump in their fishing games. These new games with twisted tales are gaining huge popularity among players from all around the world.

The spokesperson of the company first talks about their Batman fishing game that is trending now. This game is remarkable for its surprising elements and the presence of Batman. The superhero makes the game more interesting and raises curiosity among players. With Batman, the storyline becomes more exciting and intriguing. The beautiful gameplay will invite every player and they will be amazed by witnessing Batman’s daring act in the game. Players will have enormous fun for every minute they will spend playing this game. More importantly, this fishing game with Batman could prove a money minting opportunity for most video game parlors. The game will draw more and more new players, everyday to maximize the profit of the parlors.

According to the spokesperson, their engineers work hard to use the latest available technology. Each game features HD visuals, pulsating sound and vibrating lighting effects. At the same time, the company engages the most creative scriptwriters to write exceptional stories. One will be amused by the story of the Bruce Lee fishing game. In this game, Bruce Lee is revived by APA Game, and he actively takes part in the gaming action. One will have the opportunity of experiencing Bruce Lee’s electrifying martial art, for which the world still remembers him. Bruce Lee’s action will add to the thrill and excitement of every player, and they will love to spend their free hours enjoying this game. This game can bring a high holding profit that any video game parlor can never afford to ignore.

All fishing games developed by the company feature a host of elements that can simply engage a player. These could be dreadful monsters, shrewd hunters, dragons, leopards and so on. The company’s Trump bomb fishing game also has some of these interesting elements. However, the most interesting part of this game is the presence of Donald Trump himself. Trump makes this fishing game more motivating for the new-age players. Like all other games of the company, this fishing game too promises an unlimited fun for players and an impressive profit for video game parlors. The company’s fishing game machines are easy to install, and APA Game can also include custom features in the machines that can allow a business to increase its profit levels. They also offer technical support for clients willing to install these machines at their premises.
One can check further details of these new fishing arcade games by visiting the website http://www.apagame.com.

Go to Assignmentgeek.com and get your homework done.
BuyEssaysCheap.com - affordable writing help
Online assignment help by Copycrafter will free you from any academic issues
There is no better press release writing company as 123 term papers.