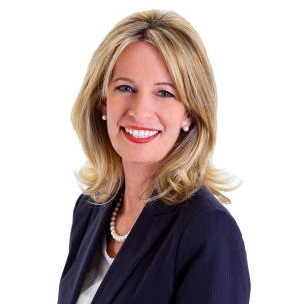 
Kelly Hyman made her second appearance on ABC’s America This Week with Eric Bolling to share her views on the recent clashes with President Trump and his former staff. She appeared on the “America This Week” Show, on August 14th, 2019 to speak about the recent social media clash between US president and ex-White House communications director.

Kelly Hyman is an actress-turned attorney, who has served as a White House Intern in the office of Presidential Inquiries and also worked under several District Court Judges as a Law Clerk.

In her recent interview with Eric Bolling, she appeared as a Democratic strategist. Kelly Hyman spoke about the recent tweets exchanged by the United States president, Donald Trump and his former friend and former white house communications director “Anthony Scaramucci."

According to her, the long-term companion of President Donald Trump said: “He refused to support Trump after President Trump appeared on HBO's Real Time with Bill Maher." Where President Trump reacted with a series of furious tweets throughout the weekend, she also quoted Scaramucci’s said, "President's tweet gave him a license to hate, and Trump is dividing the country not uniting it" which Kelly Hyman agrees.

Apart from speaking about the US president and former white house communications director, Kelly also spoke about the suicide of Jeffery Epstein a convicted, sex offender. She insisted that there must be a severe investigation to get to the bottom of this incident and find out the truth, to provide justice to the victims of his crimes. If anyone has missed the interview, they can watch it on ABC7 WJLA News.

Visit her official site at Kelly Hyman for more information.

Kelly Hyman is an attorney, legal analyst, and speaker. Kelly is now focusing her practice specifically on class action lawsuits and mass tort litigation. Improving the lives of the people in her community is the reason she entered the law industry, to begin with, so it's only fitting that she has become the people's advocate for mass torts and class actions.

Kelly Hyman has become an avid speaker in her industry, attending numerous events and conferences around the country to discuss mass tort litigation, class action suits, water contamination, and more.

Previously, Kelly Hyman worked as a successful actress. She was able to use her acting skills developed over the years to advance her career in law on an entirely new stage: the courtroom. Kelly still has a fierce love and passion for the entertainment industry today. Kelly Hyman is married to Judge Paul Hyman, Jr.