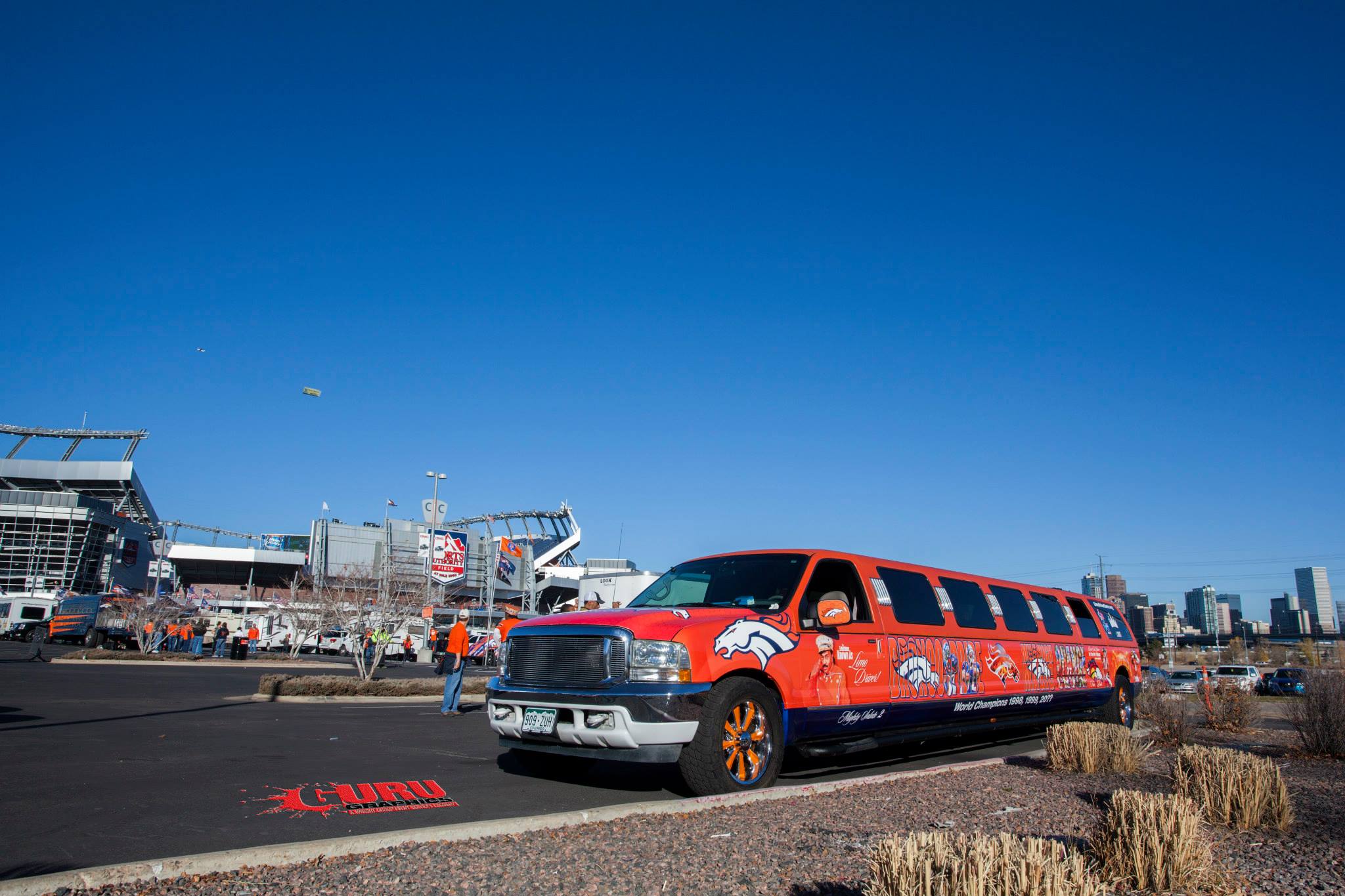 
Denver, CO, Aug 16, 2019 -- The Entertainer known as the Limo Driver, Ralph Williams, has an urgent plea for All Bronco Fans. The Thomas Jefferson HS Alum and his famous limousine have been helping raise funds and awareness for local Denver charities for over 20 years.

They are seeking die-hard Broncos fans to purchase Pre-paid Limousine service in a new 26-passenger limo that will attract public attention and help non-profits raise even more funds for their charities. The car will be custom wrapped in Broncos theme and will feature likenesses of past and present Broncos greats. The First 30 Pre-paid packages sold include the privilege of having your face on the car.

Aside from the late Barrel Man, the LimoDriver, who also has the title of "Official Super Fan of the Denver Broncos Football Club," may be the most iconic Bronco fan. William’s custom-made chauffeur’s uniform, complete with a cap dotted with shiny gems and Bronco logos, the “LimoDriver” character has been a staple on the city’s sports scene for over two decades.? Specifically has used his past famous rides to help groups like Make a Wish Foundation and the Boys and Girls Club raise money and take kids to Bronco games. “My uniqueness of Broncos fandom brings something special to the table,” says Williams, “it’s important for me to use my visibility and talents to give back to the community.”

Pre-purchased limo packages can by bought by emailing Limo at RollwithLimodriver@gmail.com, or by calling us at 303-667-6214.

So much more than just a Broncos Super Fan, LimoDriver also demonstrates his entertainment talents as a comedian, movie actor (2 movies), radio/TV host (ESPN Radio) and ring announcer (his career spans over 290 fights). His latest contributions as an actor are seen in "Soul Custody", and as a supporting actor in a motion picture filmed right here in Colorado, "Diamond in the Rough”. Both Movies starred Veteran Hollywood actor and current star of Saints and Sinners on Bounce, Clifton Powell.

Williams, has also launched a Non-Profit Organization called LIMO DRIVER CARES, (where a portion of the package proceeds will go). With this entity, the Limodriver provides his services for charitable organizations, events and benefits, including, but not limited to, Make a Wish Foundation, Kids with MS, Aurora Youth League, NFL Alumni Association, Pro Players Association, Barrel Man’s Barrels of Love, Salute to Kids Foundation, and the Colorado Lt. Governor Joe Rodgers "Mission on Uncensored Education".

About Limo Driver Cares:
LIMO DRIVER CARES has a true heart for people and is committed to providing a positive role model for our youth. This organization utilizes the magnetic and caring personality and entertainment skills of Ralph and uses the customized Limousine to attract public attention in order to influence individuals/companies to give and inspire us to help one another. His ultimate goal through LIMO DRIVER CARES is to impact millions of lives in a positive way.

For more information, and to support the cause, email: RollwithLimodriver@gmail.com, or by calling us at 303-667-6214.