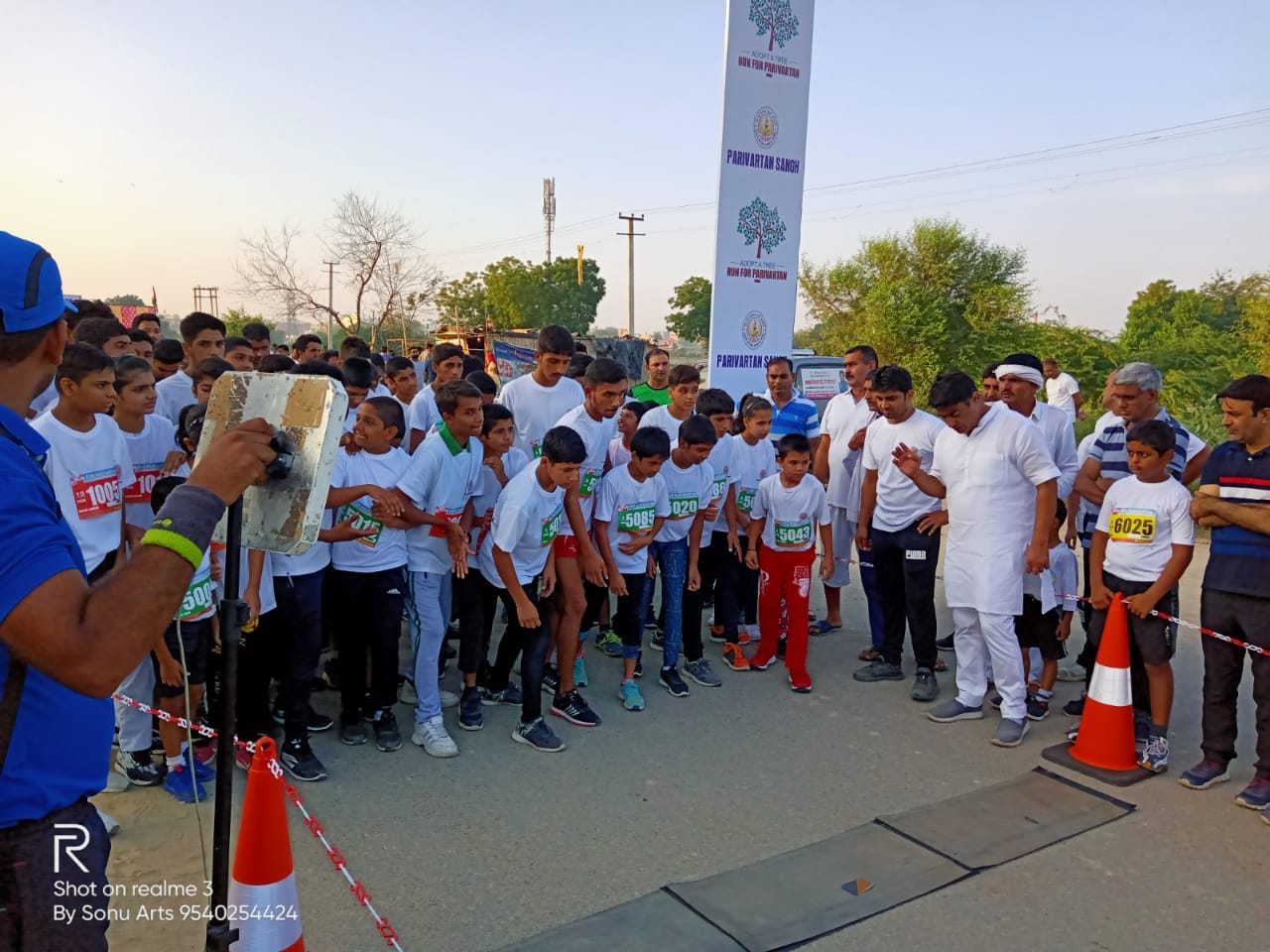 
Gurugram: Parivartan Sangh organised a marathon ‘Run for Parivartan’ in Gurugram today. More than 700 participants took part in the race aimed at bringing a positive change in the society. During the 20 Km race runners covered sector 109, Babupur village, Dwarka Expressway and New Gurugram.

‘Parivartan’ stands for ‘change’ and a group of specially-abled youngsters from AK Kiran Foundation who participated in the marathon proved just that. They proved the age old perceptions wrong and spread the message that they were an equal part of the society. ‘Run for Parivartan’ is the brain child of social activist Rakesh Daulatabad.

This was a first of its kind event in the area and thus saw an active participation from all the segments of the society. People from the villages as well as residents of the newly developed societies participated in the race. The youngest participant was a 5 year old boy and the oldest one was a gentleman of 68 years. The race witnessed a considerable participation of women from all age group. Seven year old Ansh Yadav startled everyone by completing the five km mini marathon in just 24 minutes 14 seconds. Participants from the Pawanputra Vyayamshala did exceptionally well in the race. The Marathon started at 5 AM and concluded with award ceremony at 7:30 AM.

The winners were felicitated by Rakesh Daulatabad with cash prize and trophy. While giving away the prizes Rakesh said, “I thank all the participants who participated in the marathon and request all of you to be cautious about environment degradation. The best way to solve it is to plant trees.” Mr Daulatabad started distributing saplings after the prize distribution which was further carried by volunteers of Parivatan Sangh. “You must take care of these plants as your children or siblings and ensure that they grow into big trees,\" added Rakesh.

Winners are as follows: