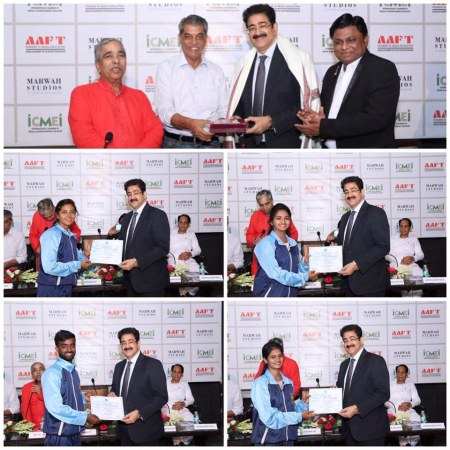 The audience who witnessed the show was overwhelmed by Indian player’s spectacular performance. After this victory President Marwah Studios & Patron to Global Yog Alliance Dr. Sandeep Marwah said that “Yoga is emerging as a new sports & this kind of competition gives new passion and energy,”

The other countries that participated were Bhutan and Thailand. Dr Gopal ji, President – Global Yoga Alliance inaugurated the Championship while Mr. K.M Khalid, Hon’ble Minister of Cultural Affairs Government of People’s Republic of Bangladesh was the Chief Guest in the valedictory function.

Hon’ble Minister of Cultural Affairs K.M. Khalid assured Dr. Marwah that an International Yoga event would be organized in association with Global Yoga Alliance during the 100th birth ceremony celebration of its founder Sheikh Mujibur Rahman in March 2020.

Hire an expert to write a paper for you at writers per hour.
There is no better press release writing company as 123 term papers.
Go to Assignmentgeek.com and get your homework done.
Buy 100% high-quality replica watches with a 2-year warranty and free ground shipping!