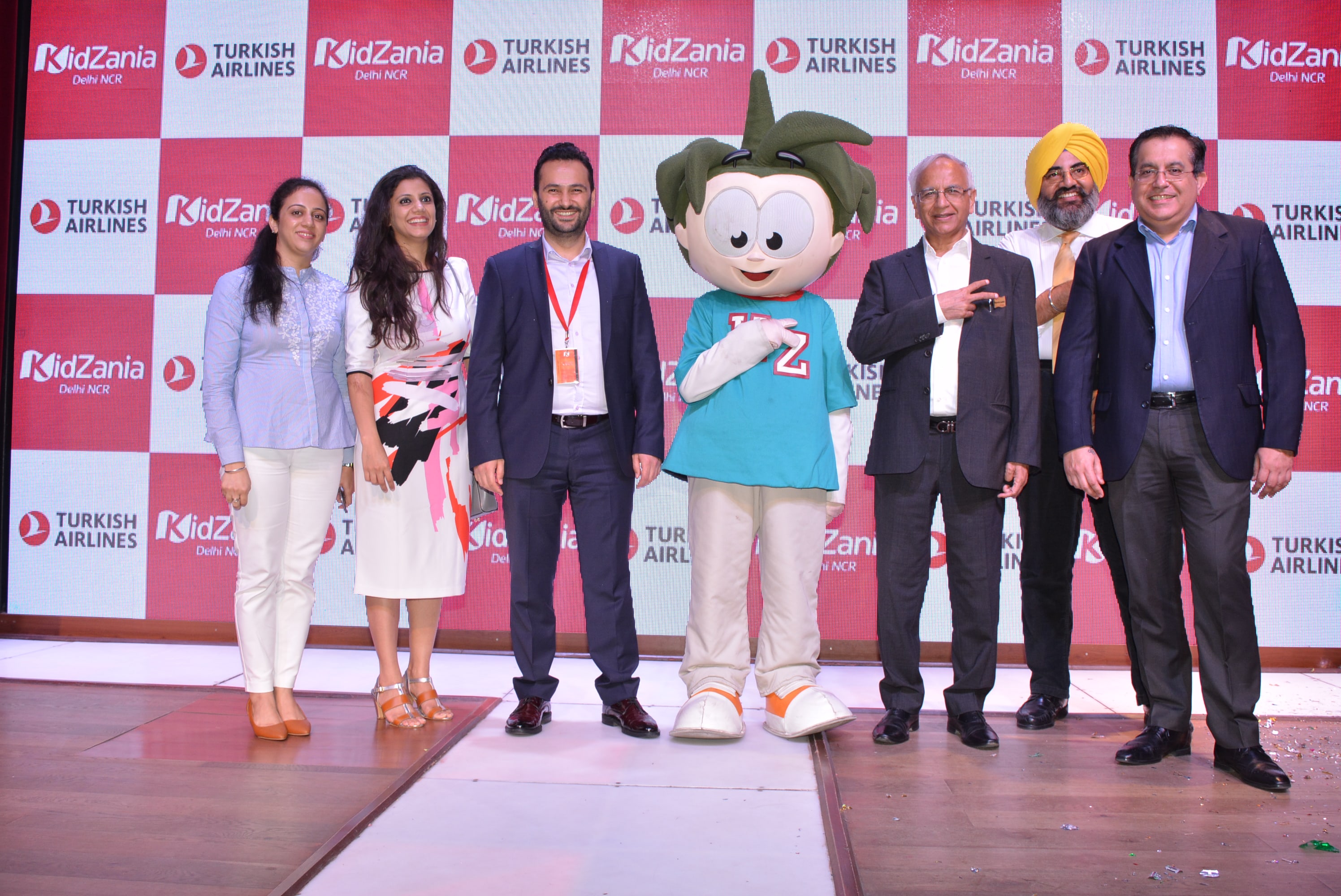 
Turkish Airlines and KidZania India, the global edutainment theme park, have come together to announce a partnership for the Kidzania Aviation Academy at their Indian theme parks in Mumbai & Delhi NCR.

This is the first time that any airline in India has built an establishment in KidZania to stimulate fun learning about the aviation industry among kids. This one of its kind association is also present in Kidzania Istanbul, where the aviation academy is supported by Turkish Airlines.

This strategic partnership between Turkish Airlines and KidZania India is another effort by Turkish Airlines to curate a delightfully different experience for its younger passengers and increase their footprint in India.

KidZania is an indoor theme park built like a city that recreates adult workplaces so that children aged 4-16 years old can role-play carrying out jobs. With over 27 locations worldwide, this park aims to entertain and educate simultaneously where children can experience numerous professions.

Commenting on this association, Tuncay Eminoglu, Vice President, Asia and Far East, Turkish Airlines said “We have always taken care of our younger passengers’ needs through creative methods like introducing eco-friendly toys on flight and providing a vast range of in-flight entertainment options to make their flight experience enjoyable. With this partnership with Kidzania, we wish to incline the younger generation towards building a career in the aviation industry and get introduced to these professions in a better way.”

Mandar Natekar, Chief Business Officer at KidZania India, said, “We have always aimed to empower children by providing them with opportunities to explore the world of work through creative role-play. Our partnership with Turkish Airlines emphasizes our strategic approach to do this with industry leaders who also believe in the same core values as we do. With this partnership, we will be able to provide our visitors an enhanced customer experience and some real insight into the aviation industry with the hopes to inspire a future generation of industry professionals.” At the Turkish Airlines Aviation Academy, kids can role-play as aspiring Turkish Airlines’ “pilots” to understand the sequence of tasks a pilot completes before, during and after each flight. Kids can also role-play as Turkish Airlines’ “cabin crew”, learning how to ensure the safety and comfort of their passengers onboard: from conducting a smooth meal service to demonstrating those famous safety instructions which children have always dreamt of. In addition, the Turkish Airlines Crew will also welcome visitors at the Airport. All kids will receive the Turkish Airlines Boarding Pass from the Airport Ticket Counter which is the start of their journey into KidZania.

Established in 1933 with a fleet of five aircraft, Star Alliance member Turkish Airlines has a fleet of 341 (passenger and cargo) aircraft flying to 313 worldwide destinations as 263 international and 50 domestic, in 125 countries.

KidZania is an interactive family entertainment & learning center that empowers, inspires & educates through real-life role-playing activities. KidZania is a unique combination of entertainment and an immersive media platform for brands to connect with Children and Adults, with a strong focus on giving back to society and better the community and environment.

Built like a city, it is complete with paved roads, battery operated vehicles, buildings, a functioning economy & its own currency. By blending reality with entertainment, it provides an authentic and powerful developmental platform where kids can discover, explore and learn about the real world.