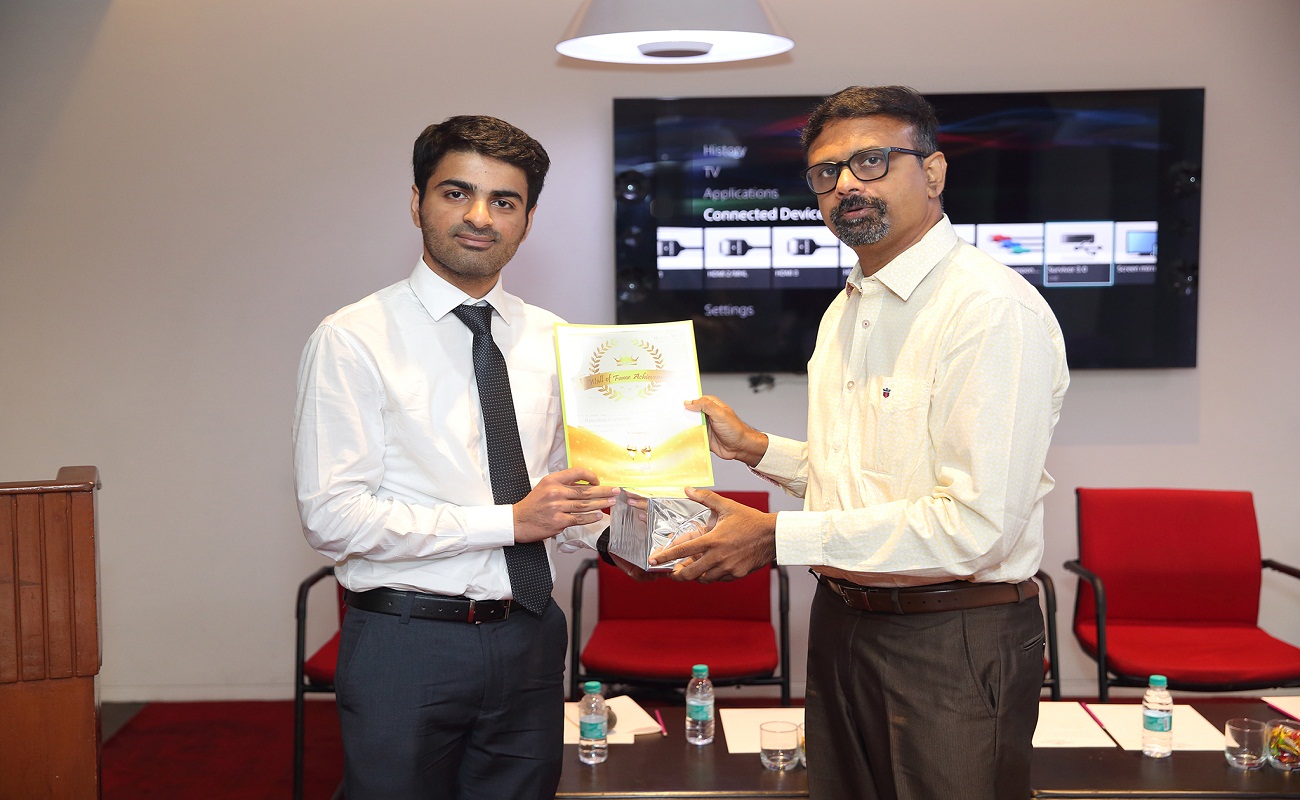 The Youth Money Olympiad (YMO), conceptualized and rolled out by Money-Wizards, a senior IIM alumni venture completed its sixth edition last month. With over 30,000 students participating from 400 plus colleges across the country, the YMO is the largest personal finance Olympiad for college students in the world.

Money-Wizards organized an award function to felicitate the winners at Crowne Plaza, Chennai on 14-June-2019. ShyamSekar, the founder of the financial services firm thought was the chief guest at the event. During the event, Mr. Shyam gave an inspirational talk on the importance of personal finance knowledge for college students.

“We are like the IPL for personal finance talent,” said Mr. Venkatesh Varadachari, the co-founder of Money-Wizards. “We have a lot of raw talent in this country even in small towns and not so famous colleges. In the past we have had undergraduate students from Arts, Science and Engineering backgrounds win the YMO along with students from finance powerhouses like the IIM A,B and C. This year, among the students placed in the top 10, we already have students from baby IIMs showcasing their talent, and successfully competing with the best”.

The YMO is conducted in 2 stages. The college/university round happens from June to April across a large number of colleges in the country. The top 5% of the participants from each college compete with each other in the national level finals held in May. The YMO 2019 was an out and out online event as a result of which even students from remote locations like the north-east were able to participate.

Prof. ThillaiRajan, co-founder of Money-Wizards and a professor at IIT, Madras mentioned that the primary aim of the YMO is to get the college students to realize the importance of personal finance. “Personal finance is a life skill that is seldom taught in our schools and colleges. As a result, a lot of young people get addicted to debt and EMIs after they start earning money”, said Mr. Rajan. “In fact, participating in the YMO does not require any prior preparation. The students are tested on very basic financial concepts like personal income tax, stock market investing basics and so on”, he continued.

“An event like this requires a lot of evangelizing at the college level”, said Mr. Venkatesh Varadachari. “We recognize and award the educationists who put in the effort to bring personal finance literacy to their students”, he added.

Prof. Harsh Purohit from BanasthaliUniveristy was awarded the financial literacy thought leader award, while RaveenaGoel from the same university won the “Campus Entrepreneur of the year” award. The YMO also provides a platform for students to experience an entrepreneurial internship by evangelizing the event at their colleges, through the Campus Entrepreneur initiative.

“The YMO is also a platform for ethical financial brands to build and connect with young people who would be tomorrow’s consumers of financial products. The YMO is a great opportunity for brandsthat are interested in connecting with young people in an educational context to build their brand reputation. Till 2017, the YMO was sponsored by Principal Mutual Fund”, said Mr. Venkatesh.

“We have learnt a lot about the personal finance awareness among today’s youth through the YMO”, said Mr. Venkatesh. “We have over 60,000 data points to learn from. Data is the new oil and we have the largest dataset of this kind in the country. This data can be used intelligently by financial educators and product manufacturers to reduce the lack of trust in financial products and their utility”.

About the Youth Money Olympiad

The YMO (https://youthmoneyolympiad.org) is conceptualized and rolled out by Money-Wizards, a pioneer education company headquartered in Singapore., with operations in India. The venture is an initiative of IIM, Bangalore alumni, Venkatesh Varadachari and ThillaiRajan.