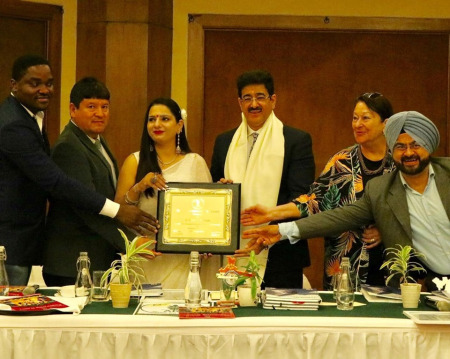 It was a book reading function by AKP Healing India written by Amrit Kaur Puri book titled- Beyond The Boundaries where 28 people have been given space who all have done extra ordinary well in their carrier.

“I have become the follower of all these twenty eight personalities who are appearing in this book- Beyond The Boundaries. These people are source of inspiration for all of us. The pessimist sees difficulty in every opportunity. The optimist sees opportunity in every difficulty. You learn more from failure than from success. Don’t let it stop you. Failure builds character you should remember this,” said Dr. Sandeep Marwah addressing to the audience.

Later DR. Marwah presented the appreciation awards to all the participants.

Christian Homeschool Online
Learn about online entrepreneurship at JohannesLarsson.com
Pay someone to write my research paper at Rapidessay
To ensure stability and reachability of your applications at all times, remote DDoS protection can keep your hosting services online