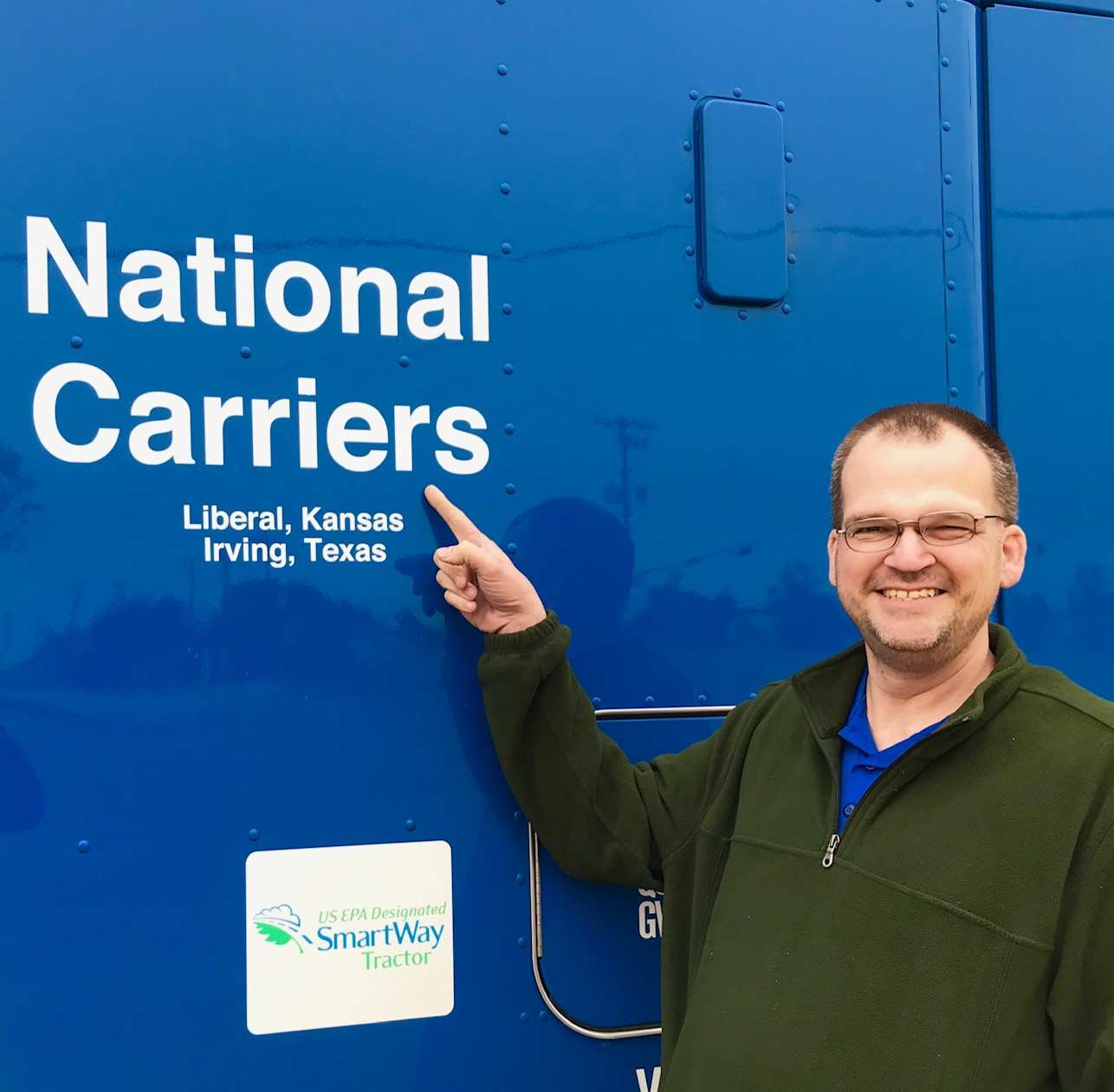 
Irving, TX: National Carriers, Inc. is pleased to announce Stephen Dixon, Ryan Wilson, Debra Thornton, and Wayne Stratton as our latest Drivers of the Month. Each has received a thousand dollar bonus and is now a finalist for 2019 Driver of the Year and the accompanying ten thousand dollar prize.

February Driver of the Month, Stephen Dixon, has leased trucks through National Carriers since he started with the firm in September 2008. Through leasing, Dixon says he’s maximized his income and gotten multiple tax advantages. When not cruising the lower 48 states, Dixon makes his home in Texas.

March Driver of the Month, Ryan Wilson, is a Florida native who now lives in Kentucky. With three and half years in the Elite Fleet, Wilson feels he is a part of a larger family. He appreciates that his driver manager knows what he wants including going to New York City where extra compensation is paid to NCI drivers. Like Dixon, he’s also involved in NCI Truck Leasing.

April Driver of the Month, Debra Thornton, left a long-term manufacturing job after developing carpel tunnel syndrome. She decided to try her hand at trucking and has never regretted it. As a company driver with NCI, Debra enjoys steady freight, new equipment, and a pet policy that allows her to bring along her two small dogs. She’s been with NCI for over seven years now, and when not on the road, makes her home in Tennessee.

May Driver of the Month, Wayne Stratton, not only drives, but teaches driving in our training program. He finds it rewarding to share what’s he’s learned and bring new drivers up to Elite Fleet standards. Wayne enjoys a close relationship with his driver manager and is quick to help anyone in need. When he isn’t driving or training in the lower 48, he lives in Oklahoma.

National Carriers spokesperson, Ed Kentner, said, “It is our dedicated company drivers and owner operators who have built and maintain our company reputation as the Elite Fleet. We appreciate each driver and their contributions to the overall success of National Carriers.”

Company Information
National Carriers is a diversified motor carrier servicing all 48 states in the continental United States with transportation offerings which include refrigerated, livestock, and logistics services. At National Carriers, our mission is "to be the safest, most customer-focused, and successful motor carrier in our class."
Being part of the Elite Fleet® means enjoying a career worthy of your skills and commitment to excellence. We believe long-term success is waiting for you at National Carriers®, one of the nation's oldest, most respected and largest carriers. Learn about our exciting opportunities for owner operators as well as company drivers. If you are interested in a leasing a truck, National Carriers® Leasing Division is the ideal partner to help you get started.