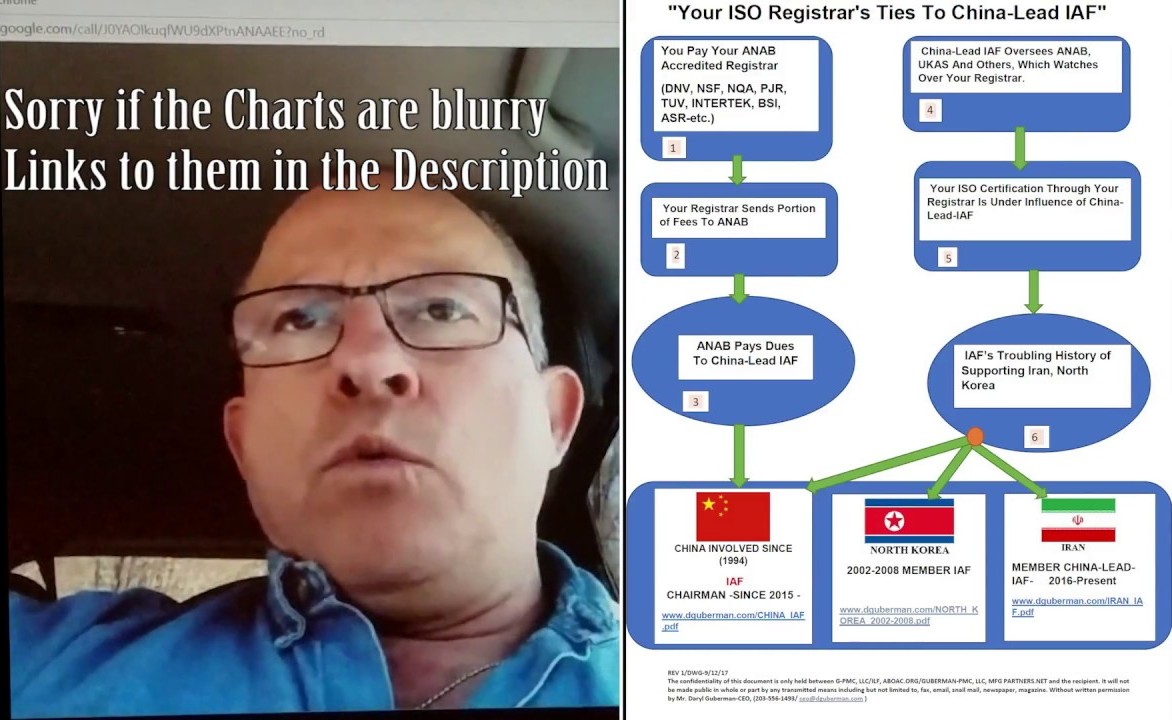 
The Chinese drive to spy on their rivals is well known and not deniable. This makes Guberman-PMC's calls for the POTUS to have the so-called “quality” associations ANSI-ANAB and the IAF, and the strong likelihood they are being used by Chinese intelligence agencies to spy vitally important.

New York, NY - USA, May 20, 2019 -- When Chinese nationals work outside their country, Chinese law requires them to report back to their government on any of their activities. This is something Daryl Guberman, CEO and Founder of Quality Certification and Consultants Guberman-PMC refuses to turn a blind eye to, when the leading quality associations the ANSI-ANAB and the IAF are led by a Chinese national on one hand and have clear, unmistakable ties to anti-American and antisemitic nations as full members on the other. In response to this clearly dangerous for America situation, Guberman has called on no less than the President of the United States, fellow patriot Donald Trump, to launch an investigation into this likely case of Chinese spying and put an end to it before serious damage occurs, in my most recent YouTube video, “Trump Needs To Investigate ANSI-ANAB IAF After Chinese Spy Network Exposed”. The passion that Guberman and Guberman-PMC have for America is inspiring to many.

“With the American-Chinese trade war accelerating this information is more important than ever,” commented Guberman about the spying danger. “We know the POTUS would never support something like this so it's our responsibility to do everything we can to raise his awareness to the situation and make a change.”

Some of the nations tied to ANSI-ANAB and the IAF, beyond China, include Iran, Pakistan, Saudi Arabia, and at one point (until they didn't pay their memberships), North Korea, and Libya. All who have openly attacked the United States and have been accused of sponsoring terrorism.

A vast majority of state-sponsored internet hacking efforts over the last five years have been launched from Chinese-based groups, most have been proven to be Chinese intelligence agency trained. One can only imagine what type of damage could be inflicted if these types of actors were “given the keys” to a company or government organization who have something of interest to the Chinese state.

Daryl Guberman has been a steady source of very reliable, fact checked, information in this area, when most of the rest of the professionals in the quality field have remained silent.

For more information and to learn more about Guberman-PMC be sure to visit http://dguberman.com.